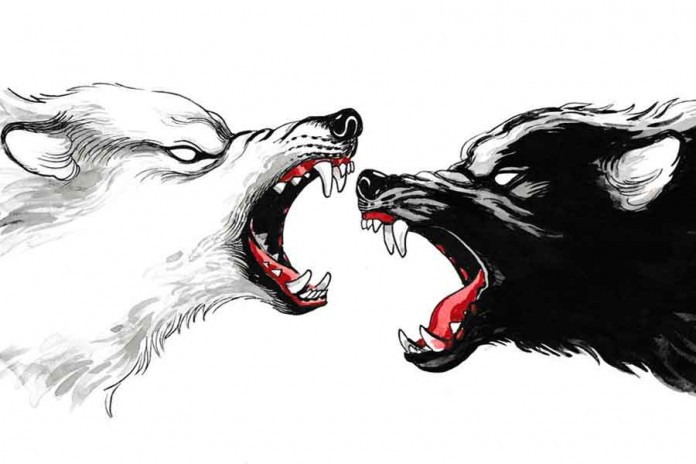 Should one take sides in a family fight? If yes, under what circumstances?


Shalom is a supreme value. Aharon HaKohen dedicated his life to ensuring peace. There is no reason to believe this pursuit didn’t include ensuring peace in his own family. The Gemara (Yevamos 62b) discusses the merits of peacekeeping and includes “one who draws his relatives close.”

In contrast, Miriam, in sympathy with what she perceived to be the plight of her sister-in-law Tziporah, sought to intervene in a family problem, and it didn’t quite go as planned. This incident teaches us that there are risks involved in wading into a family dispute in the hope of restoring unity. Hence, great sensitivity should be exercised and personal prejudices must not weigh into the equation.

The Maharal writes, “A person who turns to those who are close to him…and draws them closer is rewarded in kind…. Hashem declares, ‘I too am your relative (karov),’… and He responds to that person’s own needs.”

The Mishnah (Peah) discusses deeds for which one receives reward in this world and the next world. Chazal ask: What’s different about ensuring peace in comparison to everything else mentioned? They explain that many of the mitzvos require a particular time and place for their performance whereas the mitzvah of ohev sholom v’rodef shalom is not bound by time. We have to continually strive to promote and maintain peace in our own lives and the lives of others.

Someone once came crying to the Lubavitcher Rebbe, having fallen out with her mother over finances. The Rebbe – who was in the year of mourning for his mother – replied, “I lost my mother earlier this year. Do you know how much money I would give to have her back with me even for a few fleeting moments, and yet you aren’t talking to your mother because of money?”

Taking sides has to be weighed up in balance and only with the objective of restoring peace.

The Torah presents us with a remarkable challenge: to walk in G-d’s ways (Devarim 28:9). Rabbi Hayyim Palachi, a sage of 19th century Izmir, pointed out that to “walk in His ways” entails positive action. It is not enough to feel righteous; you must “walk” and actively pursue opportunities to help others.

One of Hashem’s names is Shalom… peace. In seeking to walk in Hashem’s ways, it isn’t enough to have nice thoughts about peace. One must act to bring peace.

Family feuds might be about trivial matters that can be resolved with moderate goodwill and compromise. But some feuds are very intense.

How can we “walk” in Hashem’s ways if we ourselves are involved in these feuds and have strong views on who is right and who is wrong?

First: Don’t be party to a family dispute. Even if you feel that you are right, don’t persist in arguing. Make your case, state your concerns, and then hope the others will do the right thing. If they do, great. If they don’t, let it pass. Even if you “lose” the fight, you have won by keeping your dignity and uprightness.

Second: If the feud doesn’t affect you directly, try speaking with members of both sides of the dispute. Point out ways that they can reach a compromise without engendering ill will and permanent damage to family solidarity.

Third: Remember that your first obligation is to “walk” in Hashem’s ways and be a good and upright person.

Any fight between neighbors, between friends, and certainly between family members begins with a misunderstanding. “I assumed you knew this” or “You assumed I knew that.”

There’s always an element of not perceiving what the other side is feeling, and any time there’s a resolution of any such situation, invariably what happens is a person says, “Oh, now I understand what you were thinking.”

With that in mind, the worst thing you can do is take sides in a fight because all you do thereby is exacerbate the situation and people end up listening to each other less, not more.

So the best thing to do in any situation like this is try to find the area of misunderstanding and help each side understand the other side. Taking sides only leads to further entrenchment, making the consequences more serious and resolving the situation more difficult.

The guiding rule in this situation is to “Love peace and actively pursue it” as our rabbis teach in Pirkei Avos.

If a person is an active component in the family fight, then it’s imperative that he attempt to make shalom. If he is only a bystander, he should carefully weigh his options. If he feels he can make peace by suggesting an amicable settlement, then most certainly he should make the attempt.

However, if he feels that his attempt will probably not be successful and may arouse the ire of one side, or both sides, for his having meddled, then just as it’s a mitzvah to get involved and say what will be received, it’s also a mitzvah to keep quiet when any positive outcome is unlikely.

Perhaps he can speak to each side privately and calm them down or do as Aaron HaKohen did by making each side feel that the other side wants to make peace but is embarrassed to do so. In this way, he is not taking sides and only acting as an ambassador of peace, so the chances of them turning against him are minimal. 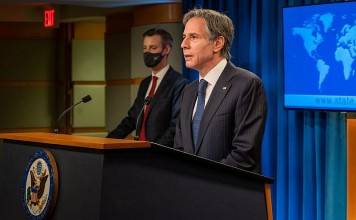 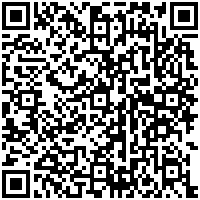