Is it proper to fill one’s sentences with “baruch Hashem,”
“im yirtzeh Hashem,” and “bli neder”?


It’s certainly a good idea to fill one’s sentences with im yirtzeh Hashem and baruch Hashem, however it’s probably a much better idea to fill one’s heart with the concept. And unfortunately what often happens is we get into habits and then the words we often say no longer have the meaning that was once intended.

Anything a Jew engages in should be recognized as a use of the world as Hashem wants it to be used. Any outcome can only succeed with Hashem’s direct approval. In that sense the words are very important as a chizuk. However, because the words can become robotic, it’s wise to change the words periodically so they have real meaning. I will often change the expressions and say “Thank G-d,” or “Please G-d” to waken myself up so it’s not a programmatic response.

The words “bli neder,” on the other hand, is important to use in the way it was supposed to be used. Any expression of commitment that you will do a mitzvah is binding unless you say “bli neder.” Unfortunately, many times a person isn’t able to fulfill the commitment and a broken neder has very real consequences in halacha. The words “bli neder” have the effect of stopping it from becoming a vow.

Genuinely religious people feel the presence of Hashem. They naturally and spontaneously offer blessings. They know that future plans are contingent on the will of Hashem. They often use such phrases as baruch Hashem or im yirtzeh Hashem…and these are sincere expressions of a religiously sensitive person.

Whether speaking with a Jew or non-Jew, one should use such phrases carefully and appropriately. One should neither flaunt one’s piety nor be ashamed to mention blessing and gratitude to the Almighty.

We learn from religious role models. My grandfather Marco Romey, of blessed memory, used to say “bendicho el Dio” (Ladino for baruch Hashem) on many occasions. When he said it, though, he tended to pause a moment so that the words were said with concentration, not merely mumbled as a formula. He set a good example that all of us would do well to follow.

In the Haggadah on Seder night we reference the four sons. The chacham asks, “What are all these laws which G-d commanded ‘you’?” The rasha asks, “What is the meaning of all ‘your’ ritual?” We condemn the rasha because he said, ‘your’ ritual and excluded himself. He is considered as having denied Hashem’s existence.

The question for consideration is that the chacham used a similar expression, “commanded ‘you.’” He also seems to exclude himself. Why condemn only the rasha? The answer is because the chacham still kept reference to Hashem in the equation. The rasha ignores any such mention.

The Torah tells us that Yosef’s taskmaster (Potiphar) “saw that Hashem was with him.” Rashi explain this means that Hashem’s name was always on Yosef’s lips. In other words, by virtue of always mentioning Hashem’s name, he was attributing his success to Above and not his own prowess.

The Mishna (end of Berachos) relates how there was a time that people regularly greeted each other using the Divine name. It is said that the Baal Shem Tov always used expressions like im yirtze Hashem, baruch Hashem, etc., in his conversations which drew people in, and enabled a meaningful impact.

As Rav Kook wrote: “Any word that is drawn from a person’s inner desire for holiness – even when it appears to be in simple conversation – is really sourced in the inner essence of a person’s will.”

All day we are constantly saying or texting “baruch Hashem” and “im yirtze Hashem.” It’s a shame for these words to become vague sentiments when with a little more thought and feeling we can connect to Hashem. Moreover, the often-overlooked reality is that mitzvahs are embedded in these phrases, and having this in mind can generate eternal reward. As the Ran writes, “The difference in reward for one who does a mitzvah with complete kavanah and one who does not cannot be calculated!” So let’s look at how you can unlock the power of these phrases:

Baruch Hashem: The usual connotation of this phrase is “Thank G-d.” Unfortunately, many of us are unaware that thanking G-d is actually a Torah Commandment (see Rabbeinu Yonah’s Shaarei Teshuvah, 3rd Gate, 17; and Sefer Chareidim 9:23). So the next time you say “baruch Hashem” take a couple of seconds and have in mind you are doing a mitzvah to thank Hashem and feel authentic gratitude.

Iy”H / B’ezras Hashem: With this phrase we express our dependency on Hashem to succeed in our endeavors. This too is a Torah commandment: “Remember that it is the L-rd, your G-d, who gives you the power to get wealth…” (Devarim 8:18, see Sefer Chareidim 12:51). The next time you say this phrase, take a moment to feel humility and have in mind the Torah commandment to remember that Hashem is the source of your success.

– Rabbi Asher Baruch Wegbreit is an author of four seforim and founder of Kavana L’Mitzvos Foundation (kavanahlmitzvos.com), an initiative offering tools for deepening our connection to Hashem. He can be reached at RabbiWegbreit@gmail.com

One of the hallmarks of a Torah Jew is shem shamayim shagur b’piv, discussion of G-d is a part of his lexicon. We find this idea pronounced when Yitzchak attempted to bless Esav and instead bestowed the brachos upon Yaakov; he noticed that the voice was that of Yaakov because he mentioned G-d in his telling over of the events. Hence a major defining point of the descendants of Yaakov is this way of speaking.

Someone who truly and deeply believes that Hashem runs the show in this world will naturally express that reality in his mode of communication, and while doing so deepen his emunah to a greater level. Even someone who is not on the madraigah of a close connection with Hashem will benefit greatly from incorporating these types of phrases into everyday conversation. Over time a greater awareness of G-d will be developed and move towards a greater fulfillment of the verse sh’visi Hashem l’negdi tamid can be accomplished. 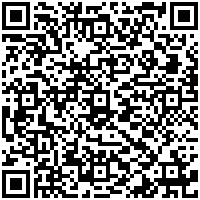