In recent years an increased number of people have been diagnosed with sleep apnea. Indeed, experts estimate that three to nine percent of the general population suffers from its most common form, Obstructive Sleep Apnea (OSA).

A person with OSA stops breathing periodically during sleep, which causes deep (and loud) snoring and deprives the brain of oxygen. Untreated sleep apnea puts a person at greater risk of high blood pressure, stroke, heart failure, diabetes, obesity, and depression. It may also severely impact one’s executive function and ability to stay awake during daily activities such as driving.


Dr. Adam Splaver, a clinical cardiologist in Miami, FL, describes the risks of sleep apnea as follows: “When you have obstructive sleep apnea, you are becoming hypoxic for extended periods of time. This causes rise in blood pressure [and] irritates the electrical system of the heart, causing atrial fibrillation and starving your other vital organs of life-nourishing oxygen, including your brain. Patients can wake up foggy with a headache and, in some circumstances, cause irreparable damage if a stroke or heart attacks occur.”

Numerous factors determine whether a person will get OSA, including age, neck size, the shape of one’s septum, allergies, sinus problems, obesity, and family history. Men get it more than women.

Those who suffer from sleep apnea are often encouraged to change their behavior or life-style; take medication to clear the nasal passages; or even have surgery. The “gold standard” treatment, however, is sleeping with a CPAP machine.

A CPAP (continuous positive airway pressure) machine is a ventilator device attached to a mask worn over the nose which provides mild air pressure to keep one’s airways open. Some machines have a humidifier as well, used to lessen nasal congestion, dryness, and rainout. The continuous flow of air prevents the throat and nasal passages from closing and allows a person to sleep without risk of repeatedly waking up during the night.

Doctors insist that OSA patients should use their CPAP every night, including Shabbos and Yom Tov.

Rabbi Dr. Mordechai Halperin, chief officer of medical ethics for the Israeli Ministry of Health and director of the Falk Schlesinger Institute for Medical-Halachic Research in Jerusalem, told this author that a person who needs a CPAP should be treated like one whose life may be in danger if he doesn’t follow medical instructions. Therefore, he argues, using a CPAP is allowed on Shabbos.

If one can, one should turn the machine on before Shabbos or set a Shabbos timer for it to turn on when it’s needed. The problem is that some models only start working once a person places the mask on his face. Furthermore, breathing into a CPAP machine causes a screen to display numbers, and some machines record details on an installed chip. Finally, the machine increases and decreases air pressure in response to the person’s breathing.

To address all these potential halachic problems, we need to first, briefly, summarize the laws of electrically-operated machines and ill individuals on Shabbos.

In general, one is permitted to perform any melacha normally forbidden on Shabbos to save of the life of a person whose life is in danger (i.e., a choleh she’yesh bo sakanah). We violate Shabbos for such an individual even if we’re not sure that his life is truly in danger and even if it’s possible that treatment can be delayed until after Shabbos (Mishnah Berurah 328:16). The Rema (Orach Chayim 328:12) rules that, if possible, one should try to perform the prohibited melacha in an unconventional manner (i.e., with a shinui).

Finally, Acharonim explain that these principles apply also when trying to prevent future illness (see below).

Acharonim have debated the halachic status of using electricity on Shabbos for over 100 years. The most significant debate relates to turning on and off an electric machine. The Chazon Ish (Orach Chayim 50:9) insists that completing a circuit constitutes the biblically forbidden melacha of boneh (building), and R. Asher Weiss (Minchas Asher 1:32) offers other reasons why using certain electric appliances may violate a biblical prohibition.

Most poskim, however, rule that using electricity is only rabbinically prohibited (see, for example, R. Shlomo Zalman Auerbach, Minchas Shlomo 74, 84).

What about increasing or decreasing a machine’s electric current once it’s already on? R. Shlomo Zalman Auerbach (Shmiras Shabbos Kehilchasa 1:23 n. 137) rules that “shinuy zerem” – i.e., changing the degree of electric current – is permitted. Thus, Shemiras Shabbos KeHilchasa (4:28) permits increasing or decreasing the volume of a hearing aid, for example.

Using a CPAP on Shabbos

Obviously a person who is dangerously ill may – indeed, must – violate Shabbos. But someone suffering from OSA may only be at risk of being seriously ill months or even years from now if he doesn’t use a CPAP. Can such a person violate Shabbos?

Most poskim (see R. Asher Weiss, Minchas Asher 1:30) maintain that breathing into a CPAP is fine as long as the machine is turned on before Shabbos or via a Shabbos timer. It’s true that breathing into it also alters the digital display, and data is often recorded onto a chip, but there are numerous reasons to be lenient on this question.

First, the patient does not intend to, and is not particularly interested in (lo neicha lei), affecting the display and the information recorded, which are, in any event, rabbinic prohibitions. (While most agree that turning on an incandescent light, which heats a metal filament until it glows, is biblically prohibited [see Rambam, Hilchos Shabbos 2:1], turning on a fluorescent or neon light, which do not use heat, is generally regarded as a rabbinic prohibition.)

Second, R. Asher Weiss (ibid.) argues that none of the normal reasons to prohibit electricity apply in this case. (He also permits prisoners to wear ankle bracelets, which record their movements on Shabbos.)

May a CPAP be activated on Shabbos? Rabbi Dr. Avraham Sofer Abraham (Nishmas Avraham, Orach Chayim 328) asserts that a person who may face medical harm in the future is considered to be a choleh she’yesh bo sakana and therefore rules that the patient should, if necessary, “turn on the machine in an unusual way, such as with the back of his hand, and when he rises he should leave the machine on until after Shabbos.”

The Star K (Kashrus Currents, winter 2010) records that R. Heineman also permits using a CPAP on Shabbos, although based on a slightly different reasoning. R. Heinemann insists that a person with a condition that is cumulatively life-threatening is in no less danger than a choleh she’ein bo sakanah, and therefore a person with sleep apnea can activate a CPAP with a shinui.

As for machines that are activated by breathing into them (and for which it is difficult to find an appropriate shinui), R. Heineman invokes the Chayei Adam (cited above) and rules that one may violate a rabbinic prohibition in a normal manner when doing so with a shinui is not possible.

R. Yitzchak Rubin (from Har Nof) and R. Yitzchak Ziberstein, posek of Maayanei HaYeshua Hospital in Bene Berak (Heichala v. 4, 5774) debated using CPAPs on Shabbos. R. Rubin writes that it is difficult to offer a general ruling and concludes that one should consult one’s doctor and posek. R. Zilberstein, however, views OSA as a condition that is safek pikuach nefesh and therefore rules that a patient suffering from it may turn on a CPAP in an unconventional manner. If his doctor tells him the machine must be activated normally, he can turn it on in a normal manner, writes R. Zilberstein.

As mentioned earlier, some machines use a humidifier. Heating water to a temperature above yad soledes bo violates the biblical prohibition of bishul (cooking) and, therefore, the CPAP’s temperature setting should be lowered before Shabbos so that the water won’t be heated above yad soledes (110 degrees Fahrenheit according to R. Moshe Feinstein – see Igros Moshe, Orach Chayim 4:74).

In conclusion, while it is preferable to turn on a CPAP before Shabbos, or set a timer to turn it on when needed, many poskim maintain that one may turn it on in an unusual manner on Shabbos and, if necessary, even place the CPAP mask over one’s face, which turns on the machine. Those seeking practical guidance should discuss this matter with a doctor and halachic authority. 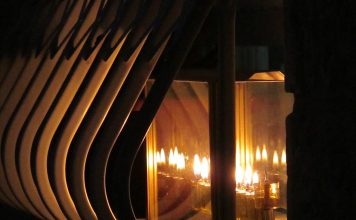 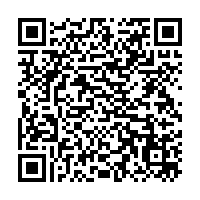