“I want the washing machine, the air-condition unit, the telephone, the chandeliers, and the gold-plated faucets,” the purchaser of the house insisted. “I don’t care whether these items are specifically included in the contract of sale or not. When the broker took us on a tour of the house, he said you were leaving them all to us. And now that I see that you are nickeling and diming us, you’d better understand that we have all rights to the roof of the house, the air rights above it, as well as the right to dig below the house.”

“I said no such thing, and if you want the gold faucets and the other things you mentioned, you will have to pay another $100, 000,” responded the seller. “You have no rights to the roof, no air rights, and no right to dig under the house. Not one of these things is stated in the contract of sale because I never sold them to you. In fact, I intend to build an apartment on top of the house for my son-in-law.”

According to Jewish law and indeed any law, the best way to avoid such unpleasant situations is to be very specific in the contract of sale. If the purchaser wants these items included in the purchase price, he should so specify in the contract of sale. It is not unusual for contracts of sale to have a content schedule attached listing the microwave, dryer, washing machine, refrigerator etc.

But what happens if there is no contents schedule, but only “sales talk” promises which the seller denies at closing?

In these situations, Jewish law follows local custom or usage. In the absence of any such custom or usage, the Jewish courts of law will apply the following rules.

Unless such rights are explicitly transferred to him in the contract of sale, the purchaser of a house has no air rights extending beyond the shell of the house, no right to the use of a fenced roof, unless it is below a minimum size, and no excavation rights beneath the floor of the house. The seller has the full right to build a house, on pillars, over the house he sold to the purchaser and to excavate the ground around the house. The seller may not, however, build onto the walls of the sold house for this would weaken the structure of the sold house. If the purchaser goes ahead and either builds an extension on the roof or excavates beneath the floor of the sold house, he is doing so at his own peril because he is building and excavating on the seller’s property.

However, by inserting certain shorthand language, used in Talmudic times, into the contract of sale, the purchaser could purchase certain air and excavation rights. If the seller wrote in the contract that he was selling omek verom, which means the depth and the height of the house, then the air rights above the house and the excavation rights beneath it are transferred to the purchaser.

Even with this language inserted in the contract, however, the purchaser would not be able to have use of the roof or be allowed to build onto it if the roof exceeds four amot, approximately 6 feet wide, and has a fence ten tefachim, approximately 3.3 feet high. Neither would the purchaser, in this situation, own any existing extensions built onto the roof at the time of the sale or any of the existing wells or cisterns under the house. For the purchaser to have these rights, the seller must write in the contract that he is selling the house mekarka hatehom, ud rom rakia, which means from the depth of the earth to the height of the sky.

As for accessories in the house, the rule of halacha is that in the absence of any stipulation in the contract or any local custom to the contrary, only those accessories that are built into the house are transferred to the purchaser with the house. Anything unattached to the house belongs to the seller. The gold-plated faucets would therefore belong to the purchaser as would the built-in air conditioning unit, but the refrigerator and washing machine would belong to the seller. The light fixtures and even the inserted light bulbs belong to the purchaser but the removable chandelier belongs to the seller. Of course, all of this is subject to local prevailing custom. But if you don’t want to spend the rest of your days litigating over chandeliers and faucets, the best advice is to attach a contents schedule to the contract of sale. 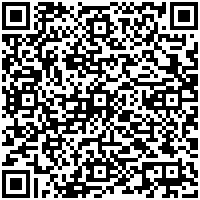