Menachem, Aharon, and Shimon went away together for a two-day vacation. They stayed the night at a motel, sharing a room.

After davening Ma’ariv and having supper at a kosher pizza store, Menachem decided to shoot some hoops at the basketball court. “Are you going up to the room?” he asked his friends.

“Yes,” they replied. “We’ll put on sneakers and come down to join you.”

“Could you please take my wallet?” Menachem asked. “I have two thousand cash in it. Make sure to put it in the safe.”

“No problem,” Aharon and Shimon said.

Menachem handed Aharon his wallet. When they came up to the room, Shimon opened the safe. Aharon gave him the wallet to put in the safe and headed down. Shimon left the safe door open to put in some valuables from his bag, but he received an important phone call and got distracted. After finishing the call, Shimon put on his sneakers and rushed down to join his friends. When the three returned from the court an hour later, they saw the safe was empty.

“How did that happen?” Menachem asked.

“I got distracted and left the safe door open,” Shimon apologized. “I don’t have that kind of money to pay you back, though.”

Menachem looked at Aharon. “I also asked you to take care of the wallet,” he said.

“True, but I didn’t do anything wrong,” said Aharon. “I gave the wallet to Shimon to put in the safe and he left it open.”

When they returned home, the three came before Rabbi Dayan. “Aharon and Shimon accepted responsibility for my wallet,” said Menachem. “Shimon was negligent and left the safe door open, but does not have money to cover the loss. Can I collect also from Aharon?”

“The Rama [C.M. 77:1, 299:1] writes that if two people accept an item to guard, each is liable for half the value and is a guarantor for the other half, similar to two people who borrow money together,” replied Rabbi Dayan.

“Although the Rama in his responsa [#27] differentiates and writes that guardians do not automatically accept responsibility for each other’s half, since they do not receive benefit like borrowers, the Shach [C.M. 77:1] supports the Rama’s ruling in the Shulchan Aruch that they become guarantors.”

“Furthermore,” added Rabbi Dayan, “the Nesivos [77:1] suggests that the Rama in his responsa only intended to say that guardians do not become full guarantors [arev kablan] for each other, which would allow the owner to collect fully from one guardian even when the other is able to pay for his half. However, he did not negate their becoming guarantors when the other party is unable to pay.”

“Here I was not at fault, though,” said Aharon.

“Machaneh Ephraim [Hil. Shomrim #27] understands that if one guardian was negligent and the item was lost, each party is still liable for the half that he took responsibility for,” replied Rabbi Dayan. “However, others understand that if one party was negligent in his guardianship, or if the item was stolen from the house of one guardian, he alone bears liability. Nonetheless, if a borrowed item was lost through ones – uncontrollable circumstances – then both borrowers are liable, since the party holding the item is not to blame more than the other. (Mishnas d’Rebbe Eliezer C.M. 77:1)

“The Chazon Ish (C.M. 5:11) also indicates that if one party was negligent, he alone bears liability,” concluded Rabbi Dayan. “Similarly, if the item was solely in the hands of one party and stolen from him, he alone is responsible, since the other guardian transferred responsibility to him. The owner can still collect from the other guardian as a guarantor, but he is entitled to reimbursement from the guardian who was negligent. Thus, if necessary, you can collect from Aharon as a guarantor for Shimon.” 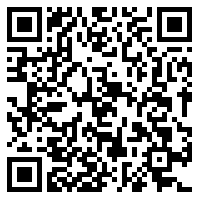