One of the most prized seforim that I have from my Zayde’s massive collection is a Rosh Hashana/Yom Kippur machzor printed in Germany in 1840. I always make sure to use the machzor for part of davening during those holy days. I love the feeling of its ancient yellowing yet thick and strong pages and clear ink, and I like to think about the stories this machzor could tell.

But the machzor wasn’t printed by Artscroll to say the least. I always chuckle to myself when I get to the words at the beginning of shemone esrei which states, “b’choref (in the winter one adds the prayer): mashiv haruach.”

As Yom Kippur of course will never fall out during the winter it’s a cute editorial oversight.

But unfortunately, it’s not always a joke. Perhaps Yom Kippur will never fall out during the winter, but this week marks the anniversary of a time when Tisha B’Av fell out during this time of year.

On the morning of November 18, 2014 two terrorists entered the Kehilas Bnei Torah shul in Har Nof and attacked those davening with axes, knives, and a gun. They murdered four Jews in cold blood, and a fifth succumbed to his wounds a year later.

At the time, we were sure nothing else could so shock us. After all, by then we had heard of suicide bombers blowing up busses and pizza shops, three yeshiva bochurim killed in senseless cold blood, a massacre in a yeshiva killing multiple yeshiva students over their gemaras, a father murdered along with his daughter who was to be married that very night, the murder of an innocent infant and a pure convert, and the list painfully goes on. And yet we were indeed left in shock. People murdered in shul wrapped in tallis and tefillin while davening? How could it be?

At such times we have nothing to grasp but our faith.

Of course when it hits close to home the pain is magnified. One of the victims, Rabbi Moshe Twerski, hy”d, was a rebbe in Yeshivas Toras Moshe, which I attended for a time. Although I never attended his shiur I remember his radiant countenance and how he would lovingly teach Torah to his admiring students.

Last week, Klal Yisrael suffered yet another unseasonable Tisha B’Av with twin bombings in Yerushalayim and the murder of 16-year-old Aryeh Schupak, hy”d.

After the Har Nof massacre, I saw a horrific picture of the body of one of the victims draped in talis with tefillin still wrapped around the listless arm. I yearned to grab the hand and lift it off the ground. I yearned to see that hand again move in prayer, clutching a siddur lovingly. Alas, the hand will move no longer!

But I realized that I have the ability to cause a similar hand, also regally decked in tefillin, to sway gracefully in prayer while clutching a siddur – i.e. my own hand.

I daven each morning, and have the great merit to don those G-d-endowed gifts for a few precious moments of prayer each morning. But it’s hard to remember how precious those gifts are. I am tired in the morning, and I have a lot of concerns and affairs to deal with later in the day. It’s hard to concentrate on davening and it’s even harder to awaken within myself feelings of excitement for my tallis and tefillin, which I wore yesterday, and the day before yesterday.

On Tisha B’Av morning we do not wear tefillin. But in the afternoon we do. We gather solace in the unified mourning and love of our people, and we forge on with faith in Hashem.

May the ethereal light of Chanukah arrive early to douse the darkness of the Tisha B’Av that came late.

May Hashem heal all those who were injured and comfort the mourners. 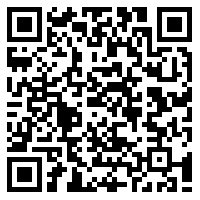