What is chametz? What are the various categories of chametz? Does the prohibition of chametz on Pesach apply also to non‑food products? Can medication containing chametz be taken on Pesach? Can vitamins produced with no Pesach supervision be used? What about liquid medicine such as cough mixture? Can non- supervised body soap or liquid detergent be used? What about toothpaste? May one use rubbing alcohol? May one eat egg matzah?

There are five types of grain that can become chametz – wheat, spelt, barley, oats and rye. They are prohibited on Pesach if they come into contact with water for a prescribed period of time after they have been cut off from the ground. Matzah is made of flour and water mixed together for a period of time not long enough to permit the fermentation process to begin. There are three opinions as to how long it takes for such fermentation to begin. According to the Shulchan Aruch, fermentation sets in after eighteen minutes; according to Rashi, after twenty-two and a half minutes; and according to the Rambam, after twenty-four minutes. All agree however, that if the mixture of flour and water become heated, fermentation may occur sooner, even immediately. Accordingly, in order to avoid fermentation, the matzah-baking process must be rapid.


The prohibition of chametz on Pesach means that chametz may not be eaten or enjoyed, may not be owned or possessed, and must be removed from one’s premises. The biblical prohibition applies to pure chametz, chametz be’ayin, as well as to mixtures that contain pure chametz.

Another type of chametz the rabbis forbid one to eat or possess on Pesach is called chametz nuksheh. Chametz nuksheh includes spoiled or decomposed chametz that can only be eaten with difficulty and is normally not eaten at all. An example would be bookbinder’s paste made of flour and water. Chametz nuksheh also includes mixtures of five grains and moisture where the fermentation process began but was not completed. An example of this type of chametz nuksheh is flour mixed with fruit juice and water, because it will never completely ferment. Included also in the category of chametz nuksheh is egg matzah. That is why the Rema prohibits, except in extenuating circumstances such as sickness or old age, the consumption of egg matzah on Pesach because it is baked from dough made from flour, fruit juice and water.

May a person who wants to eat chametz that everybody else finds inedible do so? According to the Rosh he may not, because by eating it he demonstrates “achshevei” – that it is indeed edible and therefore it is prohibited chametz.

According to many poskim, including Rabbi Moshe Feinstein and Rabbi Ovadia Yosef, one may take medicine on Pesach to alleviate pain suffered by the whole body even if it contains chametz because it is nifsal me’achilat kelev. The principle of acheshevei does not apply here because a person takes medicine not for food but for relief. Coated tablets need to be analyzed before they can be taken. If the coating is made of legumes, kitnyot, as is often the case with dextrose and certain types of starch, they may be used.

Many poskim permit the sick to take medication in gelatin capsules. For the same reason, unsweetened vitamin tablets can be eaten without having been supervised for Pesach. Liquid medicine, such as cough medicine, is more problematic because many contain grain alcohol that is pure chametz. Isopropyl alcohol, such as rubbing alcohol, may be used on Pesach because it is derived from petroleum rather than grain. Ethyl alcohol is more problematic because it is derived from the fermentation of starch and carbohydrates and may be made from the five grains. 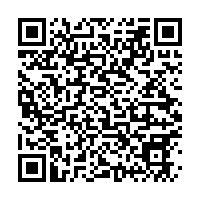