Summer was fast approaching. The days were getting longer and the weather warmer. Mr. Wasser was looking forward to begin using the in-ground swimming pool he had recently constructed in his backyard.

“When are you going to fill your pool?” his neighbor, Mr. Farber, asked one afternoon.


“I’m waiting for the weather to get a drop warmer,” said Mr. Wasser. “Anyway, I haven’t installed the fence yet. The contractor warned me that the local safety code requires a barrier around the pool. He’s supposed to come in two weeks to install it.”

“When he installs the fence, ask if you can help with the final part,” suggested Mr. Farber.

“I had to install a railing on my upstairs porch,” said Mr. Farber. “My rabbi told me that if I participate in the completion of the railing I can make a blessing, since it’s a mitzvah.”

“The Torah states in Parshas Ki-Teitzei: ‘When you build a new house, make a fence [ma’akeh] for your roof’ (Devarim 22:8),” Mr. Farber replied. “This mitzvah requires a berachah, like any other mitzvah.”

“A railing on the roof is one thing,” said Mr. Wasser. “The pool is not a roof, though. Other than the safety code, I don’t think that there is any halachic requirement for a fence around the pool.”

“I think there is,” argued Mr. Farber. “What’s the difference whether it’s a porch or a pool? Either way, it’s a danger that requires a fence. Check it out.”

“Is there a halachic need for a fence around my pool?” he asked. “Can I make a berachah on it?”

“The Torah requires putting a fence around a roof that is used,” replied Rabbi Dayan. “Just as a person has responsibility not to injure someone else, he is responsible to make sure he does not endanger himself. The final siman in Choshen Mishpat deals with this mitzvah.” (C.M. 427:1-8)

“Does it apply beyond a roof?” asked Mr. Wasser.

“Taking proper safety measures is included in the mitzvah of ma’akeh [railing],” said Rabbi Dayan. “There are actually two mitzvot. The positive command ‘Make a fence for your roof,’ applies only to a roof, that is used, of a dwelling. The pasuk concludes, though, with the prohibition ‘Do not place blood in your house.’ Chazal teach that this additional prohibition includes any danger, such as an open pit, a swimming pool, an unstable ladder, defective electrical equipment, etc.” (See Pischei Choshen, Nezikin 2:3)

“So, can I make a berachah on the pool barrier if I complete it?” asked Mr. Wasser.

“What are the halachic requirements for the fence?” asked Mr. Wasser.

“The height of the rail must be 10 tefachim, about 40 inches,” said Rabbi Dayan. “It also must be strong enough to support a person from falling. In most places, the local requirements for a pool barrier are more stringent than those of the Torah. The safety code generally requires a 4- or 5-foot barrier. On the other hand, the Torah requires a fence even when the pool is empty and no children are present, to prevent injury from falling.”

“If I fulfill the halachic requirement of 40 inches, is there a need to follow the safety code?” asked Wasser.

“The halachic requirement is the minimum required by the Torah,” replied Rabbi Dayan. “We are still required to eliminate danger as perceived in each generation. Thus, a person must also follow the safety code, as is the case with any other perceived danger and precaution of the time.” 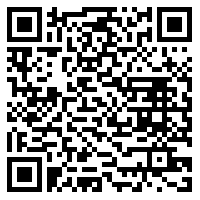