Question: Can one fulfill the mitzvah of Sefirat HaOmer via shome’a k’oneh (listening to someone else say the necessary words without saying anything oneself)?


The Kesef Mishnah asks why it is necessary to respond “Amen.” If the rule is that by merely listening attentively one is deemed to have said the berachah – shome’a k’oneh – what is the value of saying “Amen”?

The Kesef Mishnah responds that if one does not answer “Amen,” one may not be compared to the person who made the berachah. The meaning of this statement may be as follows: When someone makes a berachah for others, he becomes the surrogate of the listeners. Yet, when the listeners respond “Amen,” they are considered as if they recited the berachah themselves. In other words, saying “Amen” is considered the equivalent of reciting the berachah itself.

The Mishnah Berurah (Orach Chayim 489:5) cites two positions on whether a person may fulfill the mitzvah of Sefirat HaOmer via shome’a k’oneh. One opinion says he may while the other says he may not.

This machloket, writes the Mishnah Berurah, relates to the mitzvah itself. Everyone, however, deems it proper to say the berachah via shome’a k’oneh.

The Aruch HaShulchan (Orach Chayim 489:4) rules that one may not observe the mitzvah via shome’a k’oneh.

I believe that if one responds “Amen” to both the berachah and counting one may fulfill one’s obligations in toto as per the Kesef Mishnah’s explanation. 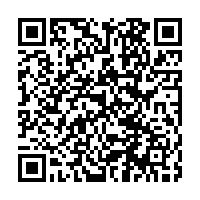