However remote the prospect of acquittal, a Jew must never give up. God commands us to challenge indictment with prayer. And the rabbis urge us to confront sentencing with hunger strikes. And so, the Midrash tells us, when Moses stood before God, at a loss for words with which to defend the sin of the golden calf, God Himself donned a tallit, took to the prayer stand, and showed Moses how to pray and what to say:

“And God passed before [Moses] and proclaimed, [His Thirteen Attributes]: The Lord, The Lord, mighty, merciful and gracious, longsuffering, and abundant in love and truth; He remembers deeds of love for thousands of generations, forgiving iniquity and transgression and sin; He does not forgive those who do not repent…”

The Midrash continues, “that day, God covenanted with Moses that whenever and whatever their sin, Israel will always be forgiven if they recite the Thirteen Attributes.

Today, few people fast during the Days of Selichot, but the custom is to rise early to recite Selichot. Another reason for observing the Days of Selichot is that a person’s status before Rosh Hashanah is compared to that of a sacrifice about to be offered up in the Bet HaMikdash. Four days prior to its offering, each sacrifice underwent close examination to ensure the absence of any blemishes that would disqualify it for sacrifice. We, too, should examine ourselves during the four Selichot days for any defects that would render us unacceptable to God on the Day of Judgment.

According to one opinion in the Talmud, at midnight God rises from His seat of judgment and occupies the seat of mercy from which He sustains the world. Midnight, therefore, according to this opinion, is the best time for Selichot. According to another opinion, God rides His Chariot through our world during the last three hours of the night. According to this opinion, the best time for Selichot is the last three hours before dawn. If one rises before dawn, he should recite Birchat HaTorah before reciting Selichot and the chazzan should wear a tallit without reciting the tallit blessing. Selichot may be said after daybreak. Selichot written in Hebrew may be recited by an individual in the absence of a minyan, but Selichot written in Aramaic may not. The Thirteen Attributes may not be recited in the absence of a minyan, but they may be read in the absence of a minyan with the tune used by a ba’al koreh when reading the Torah in public.

The Tur points out that a person on trial for an offense carrying capital punishment would don dark clothes and be in a general state of mourning. We, on the other hand, are so confident of God’s mercy that we wear white and festive clothes and celebrate the Day of Judgment. 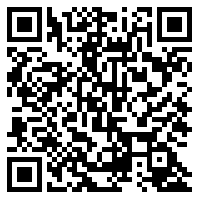