Mr. Rubin and Mr. Jacobs were adjudicating in Rabbi Dayan’s beis din. Mr. Rubin, the plaintiff, presented his claim, demanding that Mr. Jacobs fulfill a commitment he had made. Mr. Jacobs refuted the claim, denying that he had ever made such a commitment.

“If there was ever such a commitment,” concluded Mr. Jacobs, “present evidence of it!”


Rabbi turned to the plaintiff, Mr. Rubin. “Do you have any supporting documents or other evidence for your claim?” he asked.

“I have no documents available,” said Mr. Rubin. “However, I have witnesses who can testify to the agreement.”

“Who are your witnesses?” asked Rabbi Dayan.

“One is Mr. Kahn,” answered Mr. Rubin. “The other is Mr. Weiss. They are ready to testify.”

“Mr. Weiss?!” objected Mr. Jacobs. “He is disqualified from testifying!”

“How do you know?” Rabbi Dayan asked.

“Mr. Weiss was convicted of theft in court two months ago,” said Mr. Jacobs. “How can he testify?”

“Do you have witnesses who can support this allegation?” asked Rabbi Dayan.

“Many people know about it,” replied Mr. Jacobs. “I can bring people to testify about it.”

“Are you aware of this charge?” Rabbi Dayan asked Mr. Rubin.

“Yes, but that was beforehand,” said Mr. Rubin. “He was made to pay for the theft, which he did. At this point, he’s clean. So why can’t he testify?”

“First of all,” said Rabbi Dayan, “if he was disqualified at the time of the agreement, he remains disqualified to testify even if he later comes clean.” (C.M. 33:13)

“That’s not a problem,” said Mr. Rubin. “The agreement was made after he was convicted and made to pay; he was clean already.”

“I don’t know how you can call him clean,” said Mr. Rubin. “He denied the charge in court, and only after evidence was presented against him did he acknowledge guilt. He’s not trustworthy.”

“Once he paid, he’s no longer a thief,” argued Mr. Jacobs. “He should be allowed to testify!”

The two turned to Rabbi Dayan to hear his ruling.

“The Shulchan Aruch [C.M. 34:7] writes that a thief is disqualified from testifying from the time he stole, even after returning the theft, until he does teshuvah, repentance,” replied Rabbi Dayan. “This means he takes actions to indicate he is abandoning his way of life. For example: a gambler is required to get rid of his gambling equipment; one who swore falsely is required to refrain even from honest oaths.” (C.M. 34:29-35)

“The Rama (C.M. 34:29) qualifies this to one who violated on a regular basis,” continued Rabbi Dayan. “However, when one who stole on a one-time basis returns the money, it is considered teshuvah. Nonetheless, he stipulates that the thief return the money of own initiative, not through legal force. Thus, if Mr. Weiss paid only after being convicted, he remains disqualified until he indicates that he is truly repenting.”

“I should note,” added Rabbi Dayan, “that some distinguish between a thief who returned the theft itself – who undoes the violation and therefore becomes qualified again even if forced to pay – and one who paid money in lieu of the theft, who becomes qualified again only if he pays willingly. Others reject this distinction.” (See Imrei Baruch 34:7; Imrei Binah, Eidus #31)

“What about one who steals from gentiles?” asked Mr. Rubin.

“It is prohibited to steal from gentiles,” said Rabbi Dayan, “so one who stole from gentiles should also be disqualified. However, some write that he is not disqualified since people are not aware of the severity of this.” (Pischei Teshuvah 34:16)

“And what about one who damaged property intentionally?” asked Mr. Jacobs. 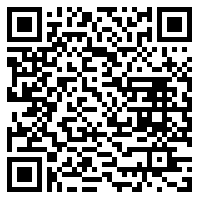