One will readily notice that the opening paragraph of the Shemoneh Esrei mentions “the G-d of Avraham, the G-d of Yitzchak and the G-d of Yaakov.” There is no mention, however, of the Matriarchs, Sara, Rivka, Rachel and Leah. A number of explanations have been offered to help understand this seeming inconsistency.1

It is explained that since the three daily prayers were instituted by none other than the Patriarchs themselves, it is fitting to invoke them and their merits exclusively at the start of every Shemoneh Esrei. So too, mentioning the Patriarchs also serves to recall that even Moshe Rabbeinu did not merit to have his prayers answered until he specifically invoked the merits of Avraham, Yitzchak and Yaakov.2

It is also explained that mentioning the Patriarchs at the beginning of Shemoneh Esrei is closely related to and intended to recall the episode of the burning bush. When Moshe Rabbeinu was standing at the burning bush and given the mission of redeeming the Jewish people from Egyptian slavery, he asked G-d what he should respond when the Jewish people ask him who sent him and what is His name. G-d responded, “You shall say to the Children of Israel… the G-d of your fathers, the G-d of Avraham, the G-d of Yitzchak, and the G-d of Yaakov, has sent me to you, this is My name forever, and this is My memorial for all generations.”5 We see from here that it is G-d Himself Who decreed that He is to be mentioned in prayer as the G-d of Avraham, Yitzchak, and Yaakov, for all time.

It can also be suggested that the Matriarchs are not completely excluded from the first blessing of the Shemoneh Esrei at all. It is noted that according to gematria the phrase “Elokei Avraham, Elokei Yitzchak, V’elokei Yaakov,” has the same numerical value as the names of the Matriarchs. Hence, although not explicit, the Matriarchs are indeed alluded to along with the Patriarchs.6 It is also suggested that the halachic principle of “ishto k’gufo,” that a wife is an inseparable feature of her husband, is to be applied in this instance. According to this approach, the mention of the Patriarchs inherently includes the Matriarchs as well.7

It should be noted that although insertions and adjustments are often permitted throughout Shemoneh Esrei, it is forbidden to make changes, insertions, or alter the wording of the first paragraph of Shemoneh Esrei – in any way – from the way it was written by our sages.8 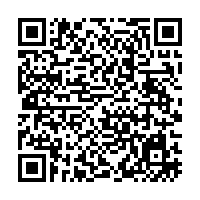