Mrs. Levine was clearing out her pantry. “Gadi, please take these boxes of cookies to yeshiva,” she told her teenage son. “You can give them to your friends. I’m sure they’ll be happy to finish them.”

Gadi distributed the cookies to his classmates. “Almost finished,” he announced. “One box left.”


“Can I have it for my brother?” Yisrael asked.

“No problem,” Gadi said. He handed Yisrael the last box of cookies. “Take this for your brother,” he said.

Just then, Gadi’s best friend, Ari, entered the room. He saw the packages of cookies all around. “What’s going on here?” he asked. “Is someone having a party?”

“My mother decided to clear out the pantry,” said Gadi. “She asked me to distribute the cookies.”

“I’m starving,” laughed Ari. “I could really use some cookies now!”

“Sorry,” said Gadi, “but I just gave the last box to Yisrael for his brother.”

“Would you mind giving the cookies to Ari?” Gadi asked Yisrael. “Ari’s my best friend and he’s here now. Your brother won’t even know he missed anything.”

“I already took the cookies for my brother,” said Yisrael. “I can’t give them away without his permission.”

“But the cookies do not yet belong to your brother,” said Gadi. “They’re still mine until he receives them, so you can give them to Ari.”

“I’m not convinced that they’re still yours,” replied Yisrael.

The three boys approached Rabbi Dayan. “I gave Yisrael a box of cookies to take for his brother,” said Gadi. “Can he give them to Ari, or do the cookies already belong to his brother?”

Rabbi Dayan ruled: “Yisrael already acquired the cookies for his brother and he has no right to give them to Ari without his brother’s permission.”

Rabbi Dayan then explained: “This case is an example of the halachic concept of zachin l’adam shelo b’fanav – it is possible to acquire on behalf of a person not in his presence. When a person accepts a gift on behalf of someone else, the recipient of the gift acquires it immediately. The one who gave it can no longer back out nor give it to someone else.” (C.M. 243:1)

“The Gemara in Kiddushin 42a derives this concept from the division of the Land of Israel, in which the leaders of each tribe received the tribe’s portion on behalf of the entire tribe,” explained Rabbi Dayan. “Tosfos explains further that zachin l’adam is an extension of the law of shelichus, agency. The person accepting the gift serves as an agent to receive the gift on behalf of the recipient. [Kesubos 11a; see, however, Ketzos Hachoshen 105:1]

“A person cannot be forced to receive something against his will,” replied Rabbi Dayan. “Therefore, the recipient has the ‘upper hand’ and can choose either to uphold the gift retroactively or to refuse it.”

“Does that mean that every time I give you something for someone else it becomes his already?” asked Gadi.

“The application of zachin l’adam depends on the exact language used,” Rabbi Dayan concluded. “The language must indicate that the accepting person was meant to acquire the item immediately on behalf of the recipient, such as: ‘acquire, take, or accept, for so-and-so’ – zechei. However, if Gadi had said to Yisrael, ‘deliver or bring the cookies to your brother’ – holeich – the language does not indicate immediate acquisition on behalf of the recipient. In that case, Yisrael’s brother would not acquire the cookies until he received them. The term ‘give to so-and-so’ – tein – is questionable, and subject to dispute.” (C.M. 243:2-3; 125:6-7) 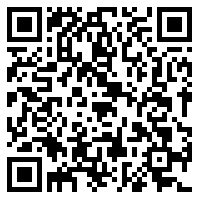