Eleven-year old Eli had a basketball hoop in his backyard. Often his friends came over to play ball. One afternoon, a cousin from a few blocks away, 14-year old Yitzi, joined them. He brought his basketball, which was brand new, but Eli preferred to use his own ball.

At one point, Yitzi had to take care of some errands. “How long will you be playing?” he asked Eli.


“At least another hour,” replied Eli.

“Can you watch my ball while I’m gone?” Yitzi asked.

“Sure,” Eli replied. He took Yitzi’s ball and tossed it into the corner of the backyard. The boys continued playing.

“I got a new game for Chanukah,” one of Eli’s friends said 20 minutes later. “How about coming over to my house to play?”

Eli brought his ball inside and locked the house. He went off with his friends, forgetting about Yitzi’s ball.

When Yitzi returned, the yard was empty and the house was locked. He looked in the yard, but didn’t see his ball.

“What happened to my basketball?” Yitzi asked Eli when he saw that him evening.

“We went over to a friend, and I forgot your ball in the backyard,” replied Eli. “Did you take it?”

“It wasn’t there!” said Yitzi.

Eli’s father overheard them. “What’s going on?” he asked.

Yitzi related what happened. “I think we should speak to Rabbi Dayan,” the father said.

The three approached Rabbi Dayan. “Is my son liable to pay for the ball?” his father asked.

“A minor, under the age of bar mitzvah, is not considered of legal mind [bar da’as],” replied Rabbi Dayan. “The Gemara [Bava Basra 87b] states that entrusting an item to a minor’s care is considered aveidah mida’as, a willing loss.” [Choshen Mishpat 291:21; 188:2]

“A child has no need to care after another’s property?!” asked the father.

“Indeed, part of chinuch is training a child to understand and assume financial responsibility and accountability,” replied Rabbi Dayan. “However, that does not generate a legal or moral liability in the case under discussion.”

“What if I had entrusted my ball to someone who, like me, was already bar mitzvah?” asked Eli.

“The Shulchan Aruch rules that a guardian carries full responsibility towards a minor, including the obligation to take the relevant Torah-imposed oath,” answered Rabbi Dayan. “Although the Gemara [Shavuos 42a; Kesubos 18a] states that one does not swear on account of a minor’s claim, the oath of a guardian is not taken due to the owner’s claim, per se; rather, it emanates from the inherent doubtful circumstances. The Rema, however, rules that a Torah oath does not apply to property entrusted by a minor.” [Choshen Mishpat 302:2; 96:1] 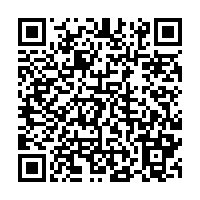