This week we asked: Should a G-d-fearing Jew have the Internet at home? If a person indeed fears G-d and feels G-d’s presence at all times, he/she should indeed have Internet access at home. Such a person will draw on the vast repository of Torah sources available on the Internet and will have access to a tremendous array of general information in a matter of seconds.

The problem is for a person who is not G-d-fearing, or for one who doesn’t trust himself/herself to use the Internet in appropriate ways. The Internet has much content that is antithetical to the values of Torah – and to the values of all honest and decent people. Moreover, it is possible to fritter away hours of life on nonsense, and surfing the net can be “addictive.”

Every effort must be made to use the Internet in a G-d-fearing way.

Those who forbid the internet are essentially asking Jews to disconnect themselves from the major means of communication among the people of the world. They want to march us back into the pre-modern era, thinking that if we only close our eyes and plug our ears, all the evils of the modern world will somehow vanish. This approach consigns us to the backwaters of human civilization, living as an isolated sect with no message to and no engagement with humanity.

The Internet is “neutral” – and can be used for good and for ill. The correct strategy is to take advantage of its immense powers and to avoid its negative elements. To do this requires that we develop genuine yirat Shamayim! However, one should also recognize the good in evil and try to achieve it in a permissible way and the evil in good and try to minimize its effect when accessing the true good.

In those circumstances, a qualified halachic authority – who is appraised of the situation and is familiar with the nature of the one asking the shaila and his family and the many relevant factors involved – may direct one to use the Internet when filtered properly and with other conditions that minimize the negative risks while enabling the important benefits specific to that person. When the Eidah Charedis in Israel issued its edict against usage of the Internet several months ago, many people heard about it through Yetid.com – an Israel-based, ultra-Orthodox online media forum.

Humorous as that may be, it also reflects a deeper reality. The Internet is the single most advanced means of communication today. Nearly everything in life is a double-edged sword, with a positive and a negative side.

A previously unfathomable amount of Torah is now available to the masses through the click of a mouse accommodating people seeking their daily ration of spiritual food for thought. Of course, an unprecedented amount of illicit material is equally available. And therein lies the quandary: Do we impose a ban, forgoing the vast amount of spiritual information for fear of the obvious risks? Or do we appreciate the unique opportunities so readily available and rely on individual consciences?

Throughout the ages the rabbis used a guiding principle when it came to matters of broader communal concern: “A decree that the populace could not be reasonably expected to adhere to would not be enacted.” The logic was simple. Don’t introduce something you know people are going to violate anyway. Rather, seek to accommodate it through positive and constructive means by establishing necessary safeguards.

A ban is not the solution, and will not likely make any ultimate difference. Educating people about the implicit dangers, beating the drum to maintain a constant awareness about the inherent risks, and controlling child access to the internet rather than abolishing it altogether from the home would go a lot further.

On a practical level, installing filters, not to mention the “kosher” ISPs (Internet service providers) that are now out there is a much more reasonable way forward. More information about that is available – on the Internet of course. The Internet, like any new technology, is a tool that can be used for many purposes. It can be a source for accessing Torah or illicit material and virtually anything between.

A responsible adult should be able to restrict usage to acceptable material. Defining acceptable depends on one’s level of involvement in the outside world. As one who believes in integrating Torah with the best of Western culture, I have Internet in my home.

I question the effectiveness of bans, particularly in this case where the Internet will be used in work. A more meaningful question is how to educate our children not to misuse or become addicted to the Internet. Even here my tendency is to educate and trust rather than ban. 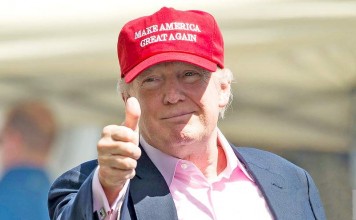