In all these circumstances, his amended defense is acceptable because both his original statement of general denial and his amended statement result in a judgment in his favor. The court does not view him as a liar for amending or refining his defense. Rather, the court views him as a person who made a general statement of denial and now wishes to explain this statement in greater detail so as not to swear falsely.

Rema: Even if the defendant amends his general denial in the ways described above because he sees witnesses approaching the court who – he fears – might testify that he did borrow money, he still is not considered a liar by the court as long as he changes his defense before the witnesses testify. Similarly, if he amends his general denial because he has become aware that a rumor is circulating in town that he borrowed money, the court won’t consider him a liar so long as the rumor was not so widespread as to be equivalent to testimony itself.

Accordingly, when the defendant changes his general denial in court that he never owed the plaintiff anything before witnesses contradict him, the court will not assume he is lying. The court will reason that he is merely being as accurate as possible before taking the shevuat heseit oath of denial. The court will believe him based on a migo that if he wanted to lie, he could have simply stuck to his original defense that he never owed the plaintiff anything.

The reason why a person’s general statement of denial outside court – later contradicted by witnesses – that he never owed the plaintiff anything does not result in the court considering him a liar is because it is legitimate for a person to reserve his true defense for court and not to reveal his cards before he gets there.

An important difference between a general statement of denial made in court and a general statement of denial outside court is the following: The former, if contradicted by witness, results in the person being considered a liar by the court. Accordingly, nothing that he subsequently says in connection with the case will is believed. He isn’t even believed to say that he repaid the loan after the date on which admitted to owing money before witnesses.

If, however, the defendant made his general statement of denial outside court, the court does not consider him a liar, and he is believed to say he paid back the money after his admission before witnesses.

Rishonim debate what happens if the general denial of the defendant – that he never borrowed any money from the plaintiff – is subsequently contradicted by one witness (rather than two witnesses) and then the defendant changes his statement and admits that he borrowed money but claims to have repaid it.

The Sma prefers the explanation that when the Tur seems to be agreeing with the Rambam, he is actually merely quoting the Rambam’s opinion. 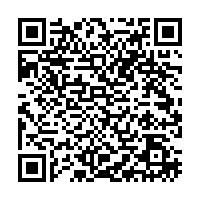