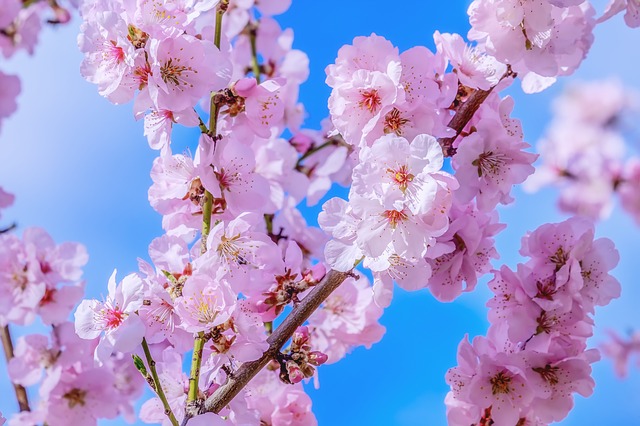 Starting tonight, we celebrate Tu BiShvat, the new year for trees. We think about the future of our physical world and the legacy we want to leave for our children and grandchildren. We are reminded of God’s call “to work it and take care of” His world and of our responsibility to ensure life continues to flourish and grow.


Tu BiShvat became the date for calculating
the beginning of the agricultural cycle for
the purpose of biblical tithes, and also marks
the beginning of the season in which the
earliest-blooming trees in Israel (namely the
almond trees) begin to bloom, signifying a new
fruit-bearing cycle.

In the Middle Ages the custom developed to
celebrate Tu BiShvat with a feast of fruits, and in
the 16th century the kabbalist Rabbi Yitzchak
Luria and his students instituted a Tu BiShvat
Seder (in the image of the Pesach Seder) in
which the fruits and trees of the Land of Israel
were given symbolic meaning (see below).

These customs have been renewed in modern
Israel, and are widely celebrated by religious
and secular alike, due to a deep connection to
the land in Israeli society.

This day is also celebrated as an ecological
awareness day, and trees are often planted in
festive ceremonies.

FEW TEXTS have had a deeper influence on
Western civilisation than the first chapter of Bereishit, with its momentous vision of the
Universe coming into being as the work of God.

Set against the grandeur of the narrative, what
stands out is the smallness, yet uniqueness, of
humans, vulnerable, but also undeniably set
apart from all other beings.

The words of the Psalmist echo the wonder and
humility that the primordial couple must have
felt as they beheld the splendour of creation:
“When I consider Your heavens,
The work of Your fingers,
The moon and the stars,
Which You have set in place.
What is humanity that You are mindful of it,
The children of mortals that You care for them?
Yet You have made them little lower than the
angels
And crowned them with glory and honour.”
(Tehillim 8:3–5)

The honour and glory that crowns the human
race is possession of the Earth, which is granted
as the culmination of God’s creative work: “Be
fruitful and multiply, fill the earth and subdue
it.” This notion is fortified in Tehillim 115:
“The heavens are the Lord’s heavens, but the
earth God has given to humanity.”

While the creation narrative clearly establishes God as
Master of the Universe, it is the human being
who is appointed master of the earth.

GRAPPLING WITH the challenging notion
of humans as divinely-ordained owners and
subduers of the earth, we come face to face with
the fundamental questions of our place in the
Universe and our responsibility for it. A literal
interpretation suggests a world in which people
may cut down forests, slaughter animals, and
dump waste into the seas at their leisure, much
like we see in our world today.

On the other hand, as Rav Kook, first Chief
Rabbi of Israel, writes, any intelligent person
should know that Bereishit 1:28, “does not
mean the domination of a harsh ruler, who
afflicts his people and servants merely to fulfil
his personal whim and desire, according to
the crookedness of his heart.” Could God have
really created such a complex and magnificent
world solely for the caprice of humans?

The two Hebrew verbs used here are significant. The first – le’ovdah – literally means
“to serve it.” The human being is thus both
master and servant of nature. The second –
leshomrah – means “to guard it.” This is the
verb used in later biblical legislation to describe
the responsibilities of a guardian of property
that belongs to someone else. This guardian
must exercise vigilance while protecting, and is
personally liable for losses that occur through
negligence. This is perhaps the best short
definition of humanity’s responsibility for
nature as the Bible conceives it.

We do not own nature – “The earth is the
Lord’s and the fullness thereof.” (Tehillim 24:1) We are its stewards on behalf of
God, who created and owns everything. As
guardians of the earth, we are duty-bound to
respect its integrity.

REFLECT: How is seeing our relationship to nature through the terms le’ovdah and
leshomrah like borrowing your parents’ car?

THE MID-19TH CENTURY commentator Rabbi Samson Raphael Hirsch put this rather
well in an original interpretation of Bereishit 1:26, “Let us make the human in our image
after our own likeness.”

The passage has always been puzzling, since the hallmark of the Torah
is the singularity of God. Who would God consult in the process of creating humans?
We come face to face with the fundamental questions of our place in the
Universe andour responsibility for it.

The “us”, says Hirsch, refers to the rest of Creation. Before creating the human, a being
destined to develop the capacity to alter and possibly endanger the natural world, God
sought the approval of nature itself. This interpretation implies that we would use nature only in such a way that is faithful to the purposes of its Creator and acknowledges nature’s consenting to humanity’s existence.

REFLECT: Do you think nature would have agreed to the creation of humanity if it
could have seen how humanity would come to treat the planet in this generation?

THE MANDATE in Bereishit 1 to exercise dominion is, therefore, not technical, but moral:
humanity would control, within our means, the use of nature towards the service of God. Further, this mandate is limited by the requirement to serve and guard as seen in Bereishit 2. The famous story of Bereishit 2–3 – the eating of the forbidden fruit and Adam and Chavah’s subsequent exile from Eden – supports this point.

Not everything is permitted. There are limits to how we interact with Planet Earth. The Torah has commandments regarding how to sow crops, how to collect eggs, and how to preserve trees in a time of war, just to name a few. When we do not treat Creation according to God’s will, disaster can follow.

We see this today as more and more cities sit under a cloud of smog and as mercury advisories are issued over large sectors of our fishing waters. Deforestation of the rainforests, largely a result of humanity’s growing demand for timber
and beef, has brought on irrevocable destruction of plant and animal species.
We can no longer ignore the massive negative impact that our global industrial society is
having on the ecosystems of the Earth.

Our unbounded use of fossil fuels to fuel our energy-intensive lifestyles is causing global climate change. An international consensus of scientists predicts more intense and destructive storms, floods, and droughts resulting from these human-induced changes in the atmosphere. If we do not take action now, we risk the very survival of civilisation as we know it.

The Midrash says that God showed Adam around the Garden of Eden and said, “Look at
My works! See how beautiful they are – how excellent! For your sake I created them all.
See to it that you do not spoil and destroy My world; for if you do, there will be no one else to repair it.”

REFLECT: How has the coronavirus pandemic brought this message into sharper
focus over the past year?

CREATION HAS its own dignity as God’s masterpiece, and though we have the mandate to use it, we have none to destroy or despoil it. Rabbi Hirsch says that Shabbat was
given to humanity “in order that he should not grow overweening in his dominion” of God’s
creation. On the Day of Rest, “he must, as it were, return the borrowed world to its Divine
Owner in order to realise that it is but lent to him.”

Ingrained in the process of creation and central to the life of every Jew is a weekly reminder that our dominion of Earth must be l’shem shamayim – in the name of Heaven.

The choice is ours. If we continue to live as though God had only commanded us to subdue
the Earth, we must be prepared for our children to inherit a seriously degraded planet, with the future of human civilisation put into question.

If we see our role as masters of the Earth as a unique opportunity to truly serve and care
for the planet, its creatures, and its resources, then we can reclaim our status as stewards of the world, and raise our new generations in an environment much closer to that of Eden.

JUDAISM’S ECOLOGICAL imperative is a delicate balance between “mastering and subduing” nature (Bereishit 1), and “serving and protecting” it (Bereishit 2). So we have Jewish laws that prohibit needless waste, the destruction of species, and the despoliation and overexploitation of the environment. The general principle is that we must see ourselves as the guardians of the world, for the sake of future generations

(Reposted from Ceremony and Celebration) 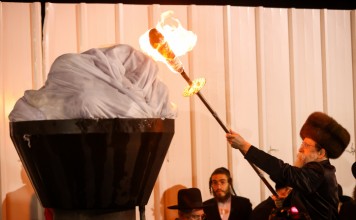