Three times a day, we open up our siddurim and our hearts to the Ribono Shel Olam. Yet no matter how large a part tefillah plays in our everyday lives, it doubtlessly remains the centerpiece of both Rosh Hashana and Yom Kippur. Therefore, it is imperative for chazanim and baalei tefillah to understand the intricate nuances of their davening. Adhering to the proper nusach (the melody and tune of the davening), appreciating how to pace the davening, and choosing uplifting nigunim that will reach into congregants’ hearts and escort their prayers above to the kisei hakavod is a Herculean challenge that Chazan Benny Rogosnitzky strives to lead others in. With two sets of CDs dedicated to the Yomim Noraim davening, he hopes to enhance the tefillos of every mispalel.

Rogosnitzky is no stranger to the amud. Beginning his musical career at the age of nine, he served as a child soloist in Johannesburg’s Great Synagogue, under the guidance of the internationally acclaimed Cantor Johnny Gluck. By age 16, he was invited to daven during the Yomim Noraim at the Brighton and Hove Synagogue in London. He continued to enrich his musical knowledge, eventually pursuing and earning a degree in music theory. Since that time, he has gained prominence as a chazan and lecturer on music and its application to prayer, and has performed in renowned concert halls all throughout the globe. After spending 13 years as the chazan at the Upper West Side’s Jewish Center, he currently serves as the chazan alongside Chief Cantor Yitzchak Meir Helfgot at the prestigious Park East Synagogue.

While Rogosnitzky’s talents as a chazan are well known, the Yomim Noraim call for a different style of davening, one that primarily focuses on the nusach that has been handed down for generations. Just as every Jewish community has its own signature foods, nusach has its own variations from one part of the world to another. But there is a deeper, integral nusach that persists in every davening.

“Go into any Ashkenaz shul in the world and you will hear the same Kaddish, with slight variations, and the same haunting melodies for Kol Nidrei, and that is no accident,” explained Rogosnitzky.

“That nusach dates back hundreds of years and, in some cases, even thousands. Its legacy carries vast significance,” observed Helfgot.

“Everything has a meaning, reason, and connection to other tefillos, which is why it is very holy and important,” said Helfgot. “While everyone knows the nusach of a regular davening by heart through daily recitation, this isn’t the case for the Yomim Noraim, which is why it is necessary for baalei tefillah, as well as those who want have more kavana in their davening, to familiarize themselves with the nusach hatefillah. Once you do that, you will appreciate the davening even more, no matter what shul you are in.”

Rogosnitzky devoted considerable effort to ensuring the authenticity of the nusach on both his Rosh Hashana and Yom Kippur CD sets titled The Soul of Nusach, a Ba’al Tefila’s Guide and Mispalel’s Inspiration. Much of the nusach in the two Rosh Hashana CDs and the three Yom Kippur CDs is derived from Chazan Noach Schaul, with Rogosnitzky balancing elements of chazanus alongside the davening of a master baal tefillah throughout the series.

“Remaining faithful to the age-old nusach gives baalei tefillah the ability to stir souls,” explained Rogosnitzky, who recalled one man who approached him after davening at the Park East Synagogue.

“He told me that he didn’t understand a single word of the davening but wept because it reminded him of the times his father had taken him to shul in the Bronx when he was little,” said Rogosnitzky. “He told me that I had taken him back to his childhood and brought both his father and that chazan back to life during that davening. That is kiruv – bringing people close through prayer. Even in today’s fast-paced world, people long to feel that connection to the past.”

Being able to deliver a powerful davening that revitalizes the bond between participants and their previous generations while stirring their emotions is no small task.

“Most people don’t realize what is involved,” said Rogosnitzky. “You must prepare rigorously, vocally and physically, because you’re not simply getting up there to sing four songs at a concert. Your service should have the power to change the mood in a second while retaining the right nusach for every part of davening. It really is an incredible responsibility.”

Rogosnitzky recalled stories he had heard about the great Yossele Rosenblatt, when meeting his youngest son, Ralph Rosenblatt, who would glance briefly behind him before starting Musaf with the prayer of Hineni.

“In that one look, he saw who was sick and who had tzaros, and that was enough to give him kavana,” Rogosnitzky recounted. “When you realize that you are the one carrying them and taking their tefillos to the Ribono Shel Olam, that shift puts everything into perspective.”

Another pearl of Rosenblatt’s wisdom has also stayed close to Rogosnitzky’s heart: The significance of understanding every word of davening in order to inspire true kavana.

“Nusach is the flavoring that makes the davening truly exquisite, but it is important to remember that the meaning of the words is at the core of every tefillah,” explained Rogosnitzky.

Rogosnitzky hopes that his CDs will appeal to a wide audience, including baalei tefillah who rarely have an opportunity to hear nusach from all over the world, as well as baalei batim, who aim to get into the mood of the upcoming Yomim Noraim. Chazan Yaakov Motzen has expressed that Rogosnitzky has his finger on the pulse of the Jewish community and will help guide those yearning for an authentic davening during the holiest days of the year.

“Nusach is the essence of the Rosh Hashana and Yom Kippur davening,” said Motzen. “If you don’t know the proper nusach, you will miss the whole point of being a baal tefillah.”

While there is room within the framework of the Yomim Noraim davening to introduce new niggunim, it is the nusach hatefillah that holds everything together, which is what makes Rogosnitzky’s CDs both timely and crucial.

“Most baalei tefillah have a kugel of nusachs and many of the elements don’t connect,” said Chazan Avrohom Weingarten, who worked closely with Rogosnitzky to produce the CDs. “It is extremely important to adhere to a single nusach where everything fits together and makes sense, which is what makes this set such a special project. Recordings of this caliber, that incorporate voice, a professional presentation, and nusach, are very rare.”

Helfgot, who has worked closely with Rogosnitzky for many years, praised his colleague for his seemingly effortless delivery, describing him as extremely talented both when standing at the amud and in the recording studio. He hailed The Soul of Nusach, a Ba’al Tefila’s Guide and Mispalel’s Inspiration as an important work of Rogosnitzky’s talents that will leave a profound impression on listeners.

For Rogosnitzky, being able to deliver an emotional davening that will stay true to the age-old traditions and reach the inner depths of the soul is a challenge he takes very seriously.

“Everyone shows up to shul on the Yomim Noraim whether they are frum or not,” said Rogosnitzky. “The door to their hearts is there and you only have to open it to touch their souls.”

The Soul of Nusach, a Ba’al Tefila’s Guide and Mispalel’s Inspiration is an Aderet Music production and is available at Jewish book stores and online at Amazon, iTunes, CD Baby, and www.MostlyMusic.com. 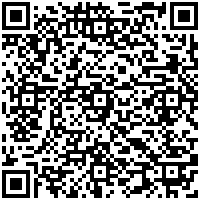