Rabbi Almosnino was born in Salonica (Thessaloniki; Greece of today) in 1515. He was a very prolific author and the earliest known Ladino writer in the Ottoman Empire. In 1565 he represented the Jewish communities at an audience with the Sultan Selim II, obtaining the confirmation of civil rights for the Jews of the Ottoman Empire.

Anticipating Torah uMada by a few centuries, Rabbi Almosnino, who had great interest in sciences, particularly astronomy, wrote commentaries on Aristotle’s Physics and on John Sacrobosco’s Sphaera Mundi. He translated and commented George von Peuerbach’s Teoriae Novae Planetarum and composed an exposition of Aristotle’s Nicomachean Ethics and a commentary on al-Ghazali’s work.


Rabbi Almosnino wrote many works of Torah. His most famous Hebrew book, Yedei Moshe (600 pages long), is a commentary to the five megillot.

Every year I try studying a new commentary of Megillat Esther. And this year I chose Yedei Moshe. As far as I know, this book has not been reprinted recently, but today, baruh Hashem, we are privileged to have www.hebrewbooks.org. Most of Rabbi Almosnino’s books can be found there.

Rabbi Almosnino’s expertise is language. I’m not referring just to grammar but to his perception for language and textual analysis. His reading of the Biblical text might be compared with the way a prominent lawyer would read the most important contract of his career.

In this brief article, I’m going to present just one of Rabbi Almosnino’s observations, which helped me to clarify a question about Megillat Esther I had for years.

I’ve always asked myself why would Megillat Esther begin with the narrative of the party of Ahashverosh? The description of a 187-day mega celebration, with all kind of luxuries and excesses? What does this party have to do with the main event narrated in Megillat Esther? Why does the megilla not start from the nomination of Haman, or from the story of Mordekhai? What is the relationship between Ahashverosh’s party and the salvation of the Jews from Ahashverosh’s decree?

Rabbi Almosnino’s theory is that the first chapter helps us realize the unlikeness of reverting one of Ahashverosh’s royal decrees, allowing us to have a better appreciation of the miracle of Purim.

How so? At the very last day of his six-month party, Ahashverosh is completely drunk. In that state of mind, he officially sent for his wife, Queen Vashti, who was having a separate feast for women. He summoned her to come to the men’s section “to show-off her beauty in front of the populaces and ministers.”

The dignified queen refused to come. When Ahashverosh learns of her refusal he exploded “within” (vachamato ba’ara bo). Rabbi Almosnino explains that this word “within” is here for a reason. Ahashverosh did not exteriorize his anger. He actually tried to belittle Vashti’s act of subordination. Ahashverosh realized his terrible mistake. Summoning Vashti the way he did it, commissioning seven officers for the mission, had the value of a royal decree. Queen Vashti disobeyed the king’s order, and now there must be consequences. Rabbi Almosnino shows that in the megilla disobedience to the king carried the capital punishment.

Realizing his mishap the desperate king seeks the counsel of his advisers. Why? We know that Persian kings did not need any consultations to condemn someone to death. When Ahashverosh ordered to execute Haman, he had no consultations. In the case of Vashti, however, Ahashverosh sought the counsel of his advisers because he realized his mistake and now, he was looking desperately for a loophole to revert the decree and save his beloved Vashti. (Following Rabbi Almosnino’s analysis of the expression bo we could guess that Ahashverosh was not just trying to hide his anger; he was angry bo – “at himself.”)

But the king’s advisers prevented Ahashverosh from reverting the decree. One of them, Memukhan, said that Vashti’s disobedience is not a “personal” matter between you, Ahashverosh, and your wife. Rather, this is a matter of state: a king’s subject, even as prominent as the queen, disobeyed the order of the king. As a matter of state, Vashti needed to be punished.

Memukhan continues with his alarmism. If we do nothing, Vashti’s behavior will create a dangerous precedent to the peace and national security of the empire. All wives will disobey their husbands, following the example of Vashti. Following Memukhan, to avoid chaos, Ahashverosh must get rid of Vashti . The king is powerless to act against his own order. Once a decree was issued it cannot be reverted. Not even the king. Not even for his beloved Queen Vashti. Not even if the order was issued while the king was drunk.

Rabbi Almosnino calls our attention to the parallelism between the decree against Vashti and the decree to eliminate the Jewish people. In the decree against the Jews, Haman, one of the king’s senior advisers (the Sages, and Rabbi Almosnino concurs, maintain that Haman was Memukhan, who upon acquiring a higher position changed his original name) tricked the king into issuing a decree to kill all the Jews in the Persian Empire (which, by then, were all the Jews in the world).

Interestingly, in the decree against the Jews the rhetoric of the king’s advisor reminds us a lot of Vashti’s situation. First, for Haman to eliminate the Jewish nation was a very personal matter, a mega-vendetta against Mordekhai, the Jew who refused to bow-down to him. But cleverly, Haman presents the king with the case against the Jews not as his personal matter but as a matter of national security. He argues that the Jews must be eliminated because “they do not follow the rules of the king.” Like Vashti for all the wives of the Persian Empire, the disobedient Jews are a bad example, a harmful precedent for the rest of the empire. Haman hints to Ahashverosh that to avoid chaos, he must get rid of the Jews! The king immediately accepts Haman’s plea and offers Haman his royal ring to sign on his behalf any decree against the Jews as Haman would see fit.

Imagine you are reading the megilla for the first time. You don’t know of the happy ending. But you connect the dots between the decree against the Jews and what happened with Vashti. Your suspense increases. You are left to believe that if the king himself was not able to reverse his own order, and was not able to avoid the execution of his beloved Vashti, it will be impossible for Ahashverosh, whether or not he was an anti-Semite (Rabbi Almosnino believes he was not), to undo the decree against the Jews. Rabbi Almosnino concludes that in light of what happen with Vashti, we can better appreciate the unlikeness of our salvation by natural means. By the laws of the Persian Empire, reverting a decree would have been impossible. It was Hashem’s providential intervention that saved us. This is how we get a better appreciation of the miracle of Purim, becoming happier and more grateful to Hashem.

A side note. Every year there are some debates about alcohol consumption during Purim. I believe that what the first chapter of Megillat Esther shows beyond any doubt is that alcohol drinking was extremely destructive for the Persian king. The lesson (albeit perhaps unintended) is loud and clear. Alcohol in your head might bring you to do things that you would not do when you are sober – things which you might actually regret having done them when you recover your sobriety. But then, it might be too late to go back in time and reverse your mistakes. Learn from Ahashverosh’s mishap and have a very happy and sober Purim! 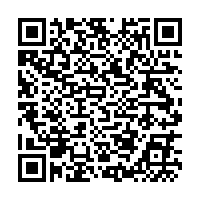