2. Humility. Shavou’ot commemorates the receipt of the Torah (the Five Books of Moses)and its 613 statutes – an annual reminder of essential values. The Torah was received in the desert, on Mount Sinai, which is not a very tall mountain, highlighting humility, a most critical value of human behavior and leadership.  Moses, the exceptional law-giver and leader, was accorded only one compliment: “the humblest of all human beings.” Abraham (אברהם), King David (דוד) and Moses (משה) are role-models of humility. Their Hebrew acronym (pronounced Adam – אדמ) means “human-being,” the root of “soil” in Hebrew (אדמה).


3. Human behavior. It is customary to study – from Passover to Shavou’ot/Pentecost – the six brief chapters of The Ethics of the Fathers (Pirkey Avot in Hebrew), one of the 63 tractates of the Mishnah (the Oral Torah) – a compilation of common sense principles, ethical and moral teachings, which underline inter-personal relationships. For example:
*”Who is respected? He who respects other persons!”
*”Who is a wise person? He who learns from all other persons!”
*”Who is wealthy? He who is satisfied with his own share!”
*”Who is a hero? He who controls his urge!”
*”Talk sparsely and walk plenty;”
*”If I am not for myself, who will be for me? If I am only for myself, what am I? If not now, when?”
*”Don’t be consumed with the flask, but with its content.”
*Conditional love is tenuous; unconditional love is eternal.”
*”Treat every person politely.”
*”Jealousy, lust and the obsession with fame warp one’s mind.”

5. The US-Israel covenant. Shavou’ot sheds light on the Judeo-Christian values – the foundation of the unique covenant between the Jewish State and the American people.  These values shaped the worldview of the Pilgrims, the Founding Fathers and impacted the US Constitution, the Bill of Rights, Separation of Powers, Checks & Balances and the abolitionist movement. The British philosopher, John Locke, who was involved in the early days of the Carolinas, wanted the 613 Laws of Moses to become the legal foundation of the Carolinas. Lincoln’s famous 1863 quote – “government of the people, by the people, for the people” – paraphrased a statement made by the 14th century British philosopher and translator of the Bible, John Wycliffe: “The Bible is a book of the people, by the people, for the people.”  The Jubilee – the cornerstone of Biblical/Mosaic liberty – inspired the US Founding Fathers. Its Biblical essence is inscribed on the Liberty Bell (Leviticus 25:10), which was installed in 1752, the 50th anniversary of William Penn’s Charter of Privileges: “Proclaim liberty throughout all the land and unto all the inhabitants thereof.” Moreover, according to ancient Jewish Sages, the globe was created through 50 gates of wisdom, and the 50th gate was the gate of jubilee/liberty/deliverance.  The USA is composed of 50 states.

6. Agriculture. Originally, Shavou’ot was an agricultural holiday, celebrating the first harvest/yield by bringing offerings (Bikkurim-ביכורים) to the Temple in Jerusalem.  However, following the destruction of the 2nd Temple and the exile in 70 AD, the focus shifted to Torah awareness, in order to sustain the connection to the Land of Israel and avoid spiritual and physical oblivion. 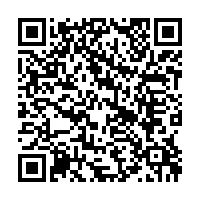