An old friend once called me the day before Rosh Hashanah and left me with a fascinating thought. “You know,” he remarked cryptically, “the trouble with life is that it doesn’t come with a soundtrack”. He then proceeded to explicate his gripe to me, and I’d like to share his thoughts with you.


The sages make a fascinating but perplexing comment concerning the actions of Aaron, brother of Moses. The Torah records that when Moses concluded his first encounter with the Almighty at the Burning Bush, God said to him: “Aaron is coming to greet you, and he is approaching you with gladness in his heart”. The Sages of the Midrash comment on this verse, and they say the following:

“If Aaron had known that these words would be written in the Bible, then when he went to greet Moses, he would not have done so merely with ‘gladness in his heart’. Rather, he would have gone out to greet him with songs, with tambourines and cymbals!”

The friend who called asked me what I thought of this. “After all,” he said, “who cares what Aaron might have done? It’s an obscure point of Biblical trivia. It’s what he did do that matters, no?”

No. It was then that he started talking about soundtracks.

Soundtracks are perhaps the least noticed parts of films, but are also among the most important. It is easy to remember the plot, the acting, the special effects; but the music for the film melts quickly into the background. Without the music, though, the movie is dead. James Cameron spends oodles on special effects for his films, but is famous for saying that music is what really makes them work.

Why the music? Why is it so important?

Here’s a theory: Music helps the viewer follow not just the progress of the film but its meaning. Your eyes see what it is that happens, but your ear hears the significance of those happenings. When the kettle drums roll, you know something ominous is happening. When the violins swell, you know that a romantic high point is about to be reached. You are prepared; primed for what comes next. Music assures that you grasp the meaning of a story as it unfolds.

But the trouble with life is that it doesn’t come with a soundtrack. This doesn’t mean life doesn’t have a soundtrack; just that you don’t get to hear it. At least not yet. Not in this world.

Say you were given a chance to interview Aaron, and you had asked him to list his really great successes in life. He might have given you lots of different answers. He was the first high priest in the history of Judaism; he helped lead the Jews out of Egypt along with Moses. But the sages point to something else – to an overlooked high point of his life. A time when the violins swelled – but he was unable to hear them.

When Aaron went out to greet Moses after the burning bush, he could have been overcome with jealousy: His younger brother was chosen for an audience with the Almighty, while he, the older brother, had been passed over. Had he reacted that way, he would have continued a grim, well-trod pattern that started way back in Genesis. Time after time – from Cain and Abel, to Jacob and Esau, to Joseph and his brothers – the younger brother always usurps his older sibling, with disastrous results. The flames of sibling rivalry are kindled, and the whole sound stage comes crashing down around the actors.

But Aaron broke the cycle. He greeted Moses with gladness in his heart. It was a high not just in his own life, but in Biblical history as a whole. Aaron himself was unaware of its significance; he couldn’t hear the soundtrack. But had he only known! Had he known the significance of that moment, he would have hired a brass band and danced to greet Moses. But he didn’t know. And the opportunity passed with only a smile.

What would happen if we tried to list the highlights of our lives? Like Aaron, we might also come up with some impressive answers; we’re not high priests, but we’re not chopped liver either. But here’s the catch: Life doesn’t come with a soundtrack. And since that’s so, we can’t really judge the highlights until the movie is over.

This is the time of year we stand back and evaluate our lives. But it is hard to do that. It is hard to follow a movie – or life – without a soundtrack. But if Aaron’s experience is any guide, there is one principle that we would be wise to bear in mind: No event is too small for violin accompaniment. Even the most apparently trivial happening – the smile you gave your kid as you were hurrying out the door for a meeting – might, in the end, be a great moment; an unexpected turning point in the plot. Bottom line: As we reach for great things, don’t dismiss the small stuff; the small, human, moments in our lives. Because, in a world with silent violins in the corner, there’s no such thing as small stuff.

For more on the Yomim Noraim, check out Rabbi Fohrman’s videos at alephbeta.org. 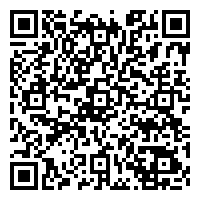