When the shofar blows on Rosh Hashana this year, let us not forget that the wailing sound could have been ambulance sirens. You see, there had been a diabolical plan probably being worked on last Rosh Hashana and perhaps for many Rosh Hashanas in a row as jackhammers and pickaxes ripped at the earth, desperately clawing for a pathway into our land. The Tunnels dug by Hamas to infiltrate Israel were in the works for years, and from the information gathered by Israeli intelligence during operation Protective Edge, it seems that the goal had been to use these tunnels to launch a massive terrorist attack this very Rosh Hashana: Dozens, if not hundreds, of terrorists planned to coordinate infiltration to our holy land via numerous tunnels to attack as many communities as possible.

With the hand of the almighty the tunnels have been destroyed, but let us not forget the lessons that they teach us. The Gemara in Rosh Hashana 10B tells us that Rosh Hashana was a time for miracles: It was on this day of the Holy calendar that G-d opened the wombs of our barren matriarchs to provide them with the progeny that became our forefathers, it was on this day that after Yosef had reached the lowest point of his subterranean journeys to reach the pits of Pharoah’s prison that he was finally released, and it was on this day that the demoralizing and backbreaking work when the Jews were enslaved in Egypt ceased. And so, on the birthday of the world’s creation, we see that miracles have been happening throughout history. On the same day that was the dawn of history, our people have been redeemed time and time again.


Today is no different. This Rosh Hashana is no different. We have been redeemed from a terrible evil. The tunnels were destroyed, the plots of Hamas for their unparalleled terror attacks on our Holy Rosh Hashana were foiled. But the question is, how will we react to this modern salvation? How will we treat our lives and our year? Will we rise to the challenge, make ourselves better people, the type of people worthy of G-d’s miraculous salvation? Will we love each other and strive to reach higher heights in our service of G-d?…..who knows who could have died from such an attack if it had succeeded this Rosh Hashana? Maybe your cousin? Perhaps your old friend from childhood?…….Or could it have been you?

We need to mend our ways this New Year, but we also need to open our eyes. G-d’s miracles are everywhere if only we would venture to look at our world in panorama; They are happening above us, around us, and even underground. And so, when we say in prayer so many times this Rosh Hashana, “Melech Ozer, U’moshiah, U’magen- The King who helps good things happen to us, saves us from bad things that are happening, and protects us from bad things happening in the first place” remember that many of us our living on borrowed time, saved from things we never even knew we were in danger of in the first place this past year.

The miracles in life aren’t always things we see. In fact, often they are things that we never will know about in this lifetime. I keep thinking about how G-d saves us from countless perils every day, and we don’t even notice. However, when they are revealed to us, when our dimmed eyes focus themselves as the heroic acts of G-d are illuminated, it is important to take note. 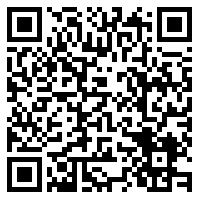