The hoshanot ritual, which entails circling the bima with the four botanical species taken on Sukkot while reciting supplications, regularly confounds worshippers. I vividly recall how one Hoshana Rabba during my college years, after whacking the willow branches on the ground to conclude the service, I gave a perplexed look to two young rabbis in the room, who simply responded, “We’re not sure either!” To better understand this ritual, it is important to first note the unique role Sukkot plays in the calendar. On the one hand, Sukkot is the third and final pilgrimage holiday that, alongside other historical events, marks the agricultural year. While Passover and Shavuot commemorate the reaping of various crops, Sukkot celebrates the completion of the harvest (Ex. 23:16, Lev. 23:39). The Torah emphasizes the joy of this holiday, for after a season of labor, we celebrate our prosperity. Yet, as Maimonides emphasizes, to remind ourselves that God is the source of our sustenance, we dedicate our celebrations to Him and sing Hallel praises for the provisions He gives us (Guide 3:43). On the other hand, Sukkot completes the cycle of Tishrei holidays, including the Days of Awe. Some texts indicate that the books of judgment, sealed on Yom Kippur, get “put away” only on Hoshana Rabba, the seventh day of Sukkot (Sefer Ha-Manhig 38). The Talmud adds that while God judges all creatures on Rosh HaShana, the amount of rain to fall in the upcoming winter is determined during Sukkot (Rosh HaShana 16a). Consequently, a number of rituals developed to beseech God for rain. The Temple hosted a Simhat Beit HaShoeva, in which thousands of people witnessed the joyful bringing of water from the City of David to the Temple, where it was used for libations. The Talmud asserts, “One who has not seen the rejoicing of the Simhat Beit HaShoeva has never seen joy in his life” (Sukka 50a). Today, commemorative celebrations take place in different venues to recreate this joyous spectacle (although usually without the water!). Similarly, each day of Sukkot willow branches (aravot) ringed the altar. The talmudic sages dispute how this ritual was performed. While the Mishna states that the branches were placed upright alongside the altar, others claimed the willows were held by kohanim, while a third group asserted that the branches were beaten on the ground (Sukka 43b). An alternative opinion states that, in actuality, it was the lulav that was used to circle the altar. Despite this ambiguity, it remains clear that members of the four species were used, since, as the Talmud states, they represent different plants which require rain to grow (Taanit 2b). Throughout the ceremony, the assembled pray for merciful rains by reciting, “We beseech You (hosha na in Hebrew), God, save us!” from which the ritual derived its name. The last day of Sukkot included seven circles around the altar and special prayers, and was subsequently dubbed Hoshana Rabba, “The Great Supplication.” After the Temple’s destruction, we commemorate these events by circling the synagogue bima and reciting the same ancient prayers. On Hoshana Rabba, we pay homage to the different opinions regarding the hoshana ritual by first circling with the lulav, and then picking up and thrashing the aravot (OH 660, 664). Though the Torah mentions none of these rituals, the sages traced them to ancient oral traditions or prophetic decrees. As with other practices not written in the Torah, sectarian groups opposed them. In one spirited incident, the public pelted a Sadduccee high priest with etrogim after he failed to perform the water libations (Sukka 48b). Another year, when Hoshana Rabba fell on Shabbat, the Boethusians crushed the aravot placed by the Pharisees in the Temple before the Sabbath began. These rites, however, were ultimately enshrined in Jewish law, with the rabbis even setting up the calendar so that Hoshana Rabba would never fall on Shabbat. Over the centuries, different customs have embellished Hoshana Rabba, such as the recitation of festival prayers and the hazan’s donning a white kittel, as on Yom Kippur. In the early Middle Ages, Jerusalem rabbis performed elaborate hoshanot services on the Mount of Olives, overlooking the Temple Mount. Another popular practice is special Torah study. The idea is first mentioned in the thirteenth century (Avudraham, Laws of Sukkot), as a prelude to the Simhat Torah. In the sixteenth century, however, Safed kabbalists attributed mystical powers to this learning, giving rise to all-night tikkun leil Hoshana Rabba study sessions, thereby adding new meaning to this day. 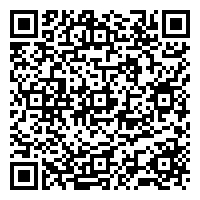