After the passing of Rebbetzin Chaya Mushka in 5748 (1988), the Rebbe introduced a new mivtza (campaign). The campaign is for mitzva men, women, and children to celebrate their yom huledes, birthday, by gathering with family and friends and accepting positive resolutions for the coming year.

The following is a partial adaptation of the Rebbe’s words after Shacharis on 25 Adar 5748, the birthday of the Rebbetzin, who passed away slightly over a month earlier:


In continuation to our recent focus on “Vehachai Yitein El Libo” – “the living should take to heart,” and as in all matters, “action is paramount,” we should certainly utilize her birthday – when “her mazal, or soul root, shines most powerfully” – to bring an increase in matters of Judaism, Torah, and mitzvos.

The 25th of Adar is especially connected with birthdays, as according to one view in the Gemara (Rosh Hashonoh, 11a), it emerges that this is the birthday of the world. The Tanna Rabbi Yehoshua holds that Adam HaRishon was created on the first of Nissan, meaning that the first day of creation, five days earlier, was 25 Adar.

Practically, I would like to suggest a positive custom regarding one’s conduct on the day of their birthday – and for those who wish, this can be in merit of the Rebbetzin:

My father-in-law, the [Previous] Rebbe, publicized birthday observances that were previously known only by a select few – “to reflect on one’s past conduct, and for anything that calls for rectification or repentance, one should repent and rectify them.” Additionally, it was customary to increase in giving tzedakah before the morning and afternoon prayers, and add an additional study session in both the revealed and inner aspects of Torah.

Accordingly, it is very fitting that these customs be further disseminated amongst the entire Jewish people, that on the day of one’s birthday, they should increase in Torah study, prayer, and tzedakah – the three pillars on which the world stands – and make positive resolutions to increase in Torah and mitzvos during the coming year.

Additionally, it is very proper to hold on this day a joyful gathering with family and friends, in order that the positive resolutions – taken without a formal vow – be accepted in a joyous manner, which will also lead to their fulfillment with joy and energy.

These positive observances are relevant to every single Jew – men, women, and children. Even for very young children, these customs should be observed by their parents. When the child reaches the age that they can understand, it should be explained to them – in a style that talks to them – that a birthday is a day to add in all areas of goodness and holiness. Children should celebrate their birthdays with their friends (boys with boys and girls with girls).

This is especially applicable to young children, since they naturally accept things with excitement, and this excitement will spur their older siblings to also want to celebrate their birthdays properly.

(It is important to note that one shouldn’t question this addition of “new” customs. Firstly, because they aren’t truly novel, as mentioned above. Moreover, when the issue at hand is increasing in Torah and Mitzvos with Torah-true joy, and gathering with friends who will wish each other blessings, it is obvious that the more of these “novelties” the better!)

Since then, mivtza yom huledes spread all over the globe. It causes everyone to reflect, even more than usual, upon what they have accomplished during their past year and the good resolutions they are going to make for their coming year. This is also a most appropriate time to help and guide young children (with great sensitivity on the part of parent and teacher) to make a “birthday resolution” for their coming year.

May every individual, man, woman and children, be blessed with arichus yomim Veshonim Tovos – long, happy and healthy years both materially and spiritually. 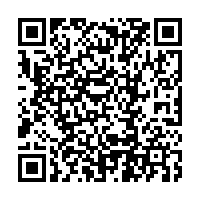