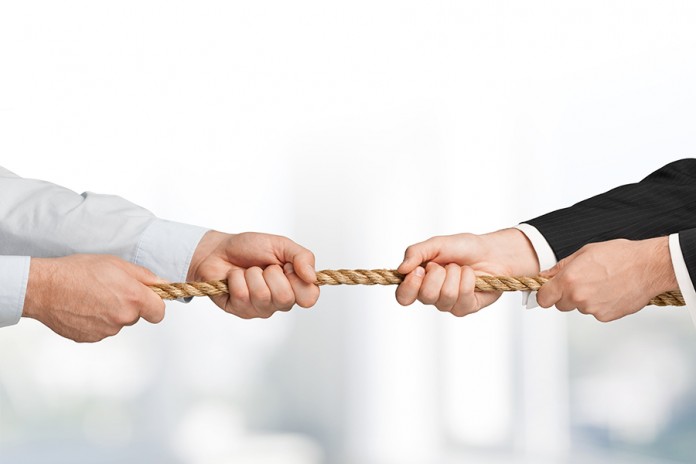 In our previous article, we began exploring the nature of the cheit ha’egel. After all, if the Jewish People were elevated to such an angelic state that they could receive the Torah, how could they commit such a terrible sin at this moment? Even worse, they not only committed this sin immediately following Matan Torah but did so in the very same spot, Har Sinai. As the pasuk says, they strayed “quickly” (Shemos 32:8). How could Klal Yisrael fall so rapidly and drastically right after Matan Torah?

Some commentators, such as the Ramban and Rabbi Yehudah Halevi (Sefer HaKuzari), suggest that the Jewish People did not commit genuine idolatry. Rather, after Moshe Rabbeinu failed to descend from Har Sinai, the Jewish people believed that their leader was gone forever. In desperation, they attempted to create a new physical medium of connection, i.e., the golden calf. The Ramban and Rabbi Yehudah Halevi therefore explain that the problem was not the motive but the method of achieving their goal. Because Hashem did not command them to create a physical medium of connection, it was inappropriate for them to do so.


However, many commentators, including Rashi, believe that the cheit ha’egel was genuine idolatry. This means that immediately following Matan Torah, the Jewish People fell prey to the worst sin imaginable, i.e., avodah zarah, failing to source themselves back to Hashem. According to this line of thinking, we are back to our original problem: how did the Jewish People, who had achieved such great spiritual heights, undergo such a rapid, astounding fall? Spiritual falls tend to occur slowly in small steps. In this case, however, the Jewish People went straight from the highest of heights to the lowest of lows; from angelic to broken. How did this happen?

In Michtav Me’Eliyahu, Rav Eliyahu Dessler analyzes one of the foundational concepts of human experience. He explains that while human beings have free will, the locus of free will (the nekudas ha’bechirah) exists at a specific point, unique to each of us. The average person does not struggle with the desire to push down an old lady on the street and steal her purse. Similarly, most of us do not feel an overwhelming compulsion to murder. We do not live at such a base level, and we have no desire to. At the same time, most of us are not yet at the level where we strive for complete control over every thought that enters our minds or to refrain from speaking even a single unnecessary word. We simply do not live on such a transcendent, angelic plane.

Most of humanity lies somewhere along the middle of the spectrum. Our point of free will is located in the decision sphere of whether or not to gossip, to hit snooze, to give charity, to smile, to eat right, etc. These are the battles of inches; sometimes we win, and sometimes we lose. Each time that we confront one of these challenges, we engage in this internal battle. On the outside, we may give nothing away, but within each of our minds exists a fierce battle for spiritual ground – a battle of will. If we push hard enough at one of these fronts, it will eventually become second nature, and what was once a struggle will become a sure victory. But if we lose the battle, we retreat a step or two.

This battle is constant – a series of tiny gains and losses. No single battle has a major impact on our spiritual level, but if we accumulate enough victories, we can maintain steady progress forward. And life is never static. We are either moving forward or being pushed backward. Essentially, life is like walking up a downwards escalator. If we stand still, we move downwards; if we walk at a steady pace, we tend to stay in the same general location with a few steps up or a few steps down every now and again. Only when we push with all our inner will can we progress forward in a significant way.

The same is true of spiritual falls; they are slow and steady, with inches slowly slipping away. However, there is one exception to this pattern.

The Exception: Loss of Self

When we lose our identity, our sense of self, we can go from great to nothing in an instant. Instead of climbing down the ladder one rung at a time, we plunge off the ladder completely. This is because the battle of will is composed of two forces: our higher-self, which raises us up, and our lower-self, which drags us down. Normally, each of these two forces push at full force, leading to a constant battle for inches in the journey of growth.

However, in times of panic, moments of emotional or psychological instability, or instances of crippling self-doubt, we often completely fall apart. In these moments, it is possible to completely lose our sense of identity, and with it our entire foundation of self and sense of purpose. The positive force that propels us forward and lifts us upward disappears, and all that remains in its wake is the overwhelming drive of the lower-self. In these rare instances, the lower-self asserts its influence with nothing to push back against it. The results are cataclysmic: we will plummet faster than we imagined possible into the very lowest state of existence.

The Jewish People were indeed on the loftiest of levels — a state that we can hardly imagine. They had just witnessed earth-shattering miracles and received the Torah from Hashem Himself on Har Sinai. And yet, they lost their identity, their very sense of self, when they believed that Moshe, their leader, had died. Even after the transcendent experiences of Yetzias Mitzrayim and Matan Torah, this was enough to cripple them. Moshe served as their teacher and leader, and when he failed to descend the mountain, they felt as though they had been cut off from what made them great.

Upon experiencing this loss of identity, they felt a moment of sheer panic and lost all sense of self. With such a negative drive pushing them down, and no positive force to counter it, they fell straight from greatness to the lowest depths. It was there that they did the unthinkable: they served idolatry, a complete abandonment of their spiritual ideals.

One of the hardest parts of a dramatic fall is that once it begins, it’s very hard – in fact, seemingly impossible – to halt its progress. Even after a small failure, many people tend to give up. They mistake their single act of failure as a new identity – a characterization of failure, and brand themselves as a failure. Now, when they look in the mirror, they see failure. This is one of the yetzer hara’s brilliant strategies – to hit us when we’re already down. Once we slip up, he grabs the opportunity to convince us that we are a failure.

This is the explanation of the pasuk, “A tzaddik falls seven times and rises.” (Mishlei 24:16). We all fall. Therefore, the key to greatness is not preventing the fall. The key to greatness is how we respond when we fall. A rasha is someone who falls once but then never picks himself up. One slip cascades into an eternal tumble, an increasingly, almost unstoppable, darker state of existence. A tzaddik, however, catches his fall. He stumbles, fights to find his footing, regains composure, redirects his consciousness, and then begins to climb again. Just like a cat always lands on its feet, a great person positions himself to always bounce back from a fall. A tzaddik is not great despite having fallen seven times, he is great because of his falls, because of how he picks himself back up. These falls help him learn more about who he is, train him to persevere, and bring out aspects of his potential that he never even knew existed.

May we all be inspired to push forward in life, to embrace the internal battle of will that exists within each of us, and to rise up every time we fall. We will fall; that is not the question. The question is whether we’ll get back up, whether we’ll learn from our mistakes, whether we’ll rebuild momentum, and how we’ll use our falls in order to rise even higher. Let’s choose greatness, let’s assert our willpower, and let’s endlessly strive for more. 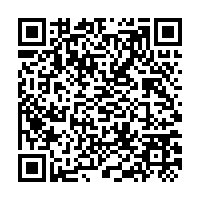