In our last column (in case you missed it, don’t get nervous – this is not a “continued” series, although the lead follows a similar theme), we marveled at the genius of Rav Shlomo Zalman Auerbach, zt”l, to absorb all of the information that he encountered into his halachic computer (read: head totally immersed in Torah knowledge). This unique ability enabled him to adapt seemingly arcane passages of the Talmud and data from life at large into relevance for contemporary psak halachah.

In a similar vein, and a l’havdil is respectfully inserted, Rabbi Joseph Telushkin has taught me volumes through his volumes. A philanthrope and paragon of mankind, Telushkin has the Rabbi Auerbach genius of making seemingly irrelevant matters very pertinent regarding human conduct. One would be well-advised to acquire his A Code of Jewish Ethics volumes I and II, and see how an “observant Jew” can learn much by observing the conduct of others. Of course, Rabbi Telushkin quotes heavily from Tanach and the Talmud, but the way he marshals current events and applies them to daily life delivers a punch as powerful as the many stories he recounts of selfless tzaddikim.


This column shall focus on one of Rabbi Telushkin’s greatest passions – avoiding gossip and hurtful speech. The curiosity inherent in gossip highlights a weakness in human nature that needs to be combated. Most people are curious about others’ scandals, despite the fact that the details are not their business and will not in any way elevate their character or moral sensitivity. Yet whereas one raised in a Torah household is very familiar with the evil of lashon hara, the concept remains foreign outside religious Jewry.

There is no reason why we should have a monopoly on kind speech, and Telushkin has gone so far as to initiate a bipartisan group of senators to introduce Senate Resolution 264 calling for a national “Speak No Evil Day” in America. The motion calls for a cessation of evil speech throughout the U.S. for a 24-hour period to reflect upon the destruction mean-spirited talk can cause.

Do you wish to know who opposed this bill? Admittedly, voting against a Speak No Evil Day Resolution is not scandalous, but it is emblematic of a desire not to limit liberties – even if they are immoral – or of those with a political agenda that even the virtue of kind speech cannot disrupt. Perhaps because I have taken Rabbi Telushkin’s message to heart, I have not, nor will I ever, look up the voting record on that resolution. I hope it was unanimous…

There is no question that in the religious world, sensitivity regarding the evil of lashon hara is only growing. When I was a child, lashon hara was widespread. I wish to believe that my children have grown up in a lashon hara-free environment. But just as well-toned muscles need to be kept in shape, I have no qualms about subjecting readers to repetitiveness or preaching to the choir by culling here three items from Telushkin’s Words That Hurt, Words That Heal.

These three separate stories underscore the teaching of the Mishna in Pirkei Avos (4:17): “Rabbi Shimon said: There are three crowns: the crown of Torah, the crown of kehunah (priesthood), and the crown of royalty; but the crown of a good name rises above them all.” Implicit in this mishnah is that the corruption of a good name eliminates what decent people consider their most important possession.

Raymond Donovan, President Reagan’s first Secretary of Labor, was subjected to allegations of larceny and fraud resulting in a criminal prosecution. After running up legal bills in excess of one million dollars, he was acquitted of all charges. When he emerged from the courtroom and reporters swarmed around him for comments, Donovan famously asked: “Which office do I go to get my reputation back?” As the well-known fable goes, and an anguished Ray Donovan could certainly verify, once feathers have been scattered to the wind, they cannot be recovered.

The Talmud (Arachin 15b) states that lashon hara kills. At first blush, the statement appears to be an over-dramatization, as character assassination, for all its malevolence, is not homicide. However, simple dismissal of the rabbinic metaphor is no longer possible after considering the story of Oliver Sipple, who saved the life of President Gerald Ford in 1975. Sipple observed an assassin aim her gun at the President, and managed to deflect her aim just in time so that the bullet missed its target.

When reporters attempted to interview the man who had become an overnight national hero, Sipple beseeched, “Don’t publish anything about me.” One reporter did not honor this request and unearthed Sipple’s checkered past, which infuriated his parents. When his mother died four years later, Sipple was informed that he would not be welcome at his mother’s funeral. Devastated by the rupture in his relationship with his family, Sipple became an alcoholic and increasingly withdrawn from those around him. A few years later, he was found in his apartment, dead at age 47.

In an election year, we do not need reminders about the desire of politicians to humiliate their adversaries. But even name-calling, which is shocking to most adults, pales next to what congressional hopeful Tom Turnipseed from South Carolina suffered in 1980. Republican strategist Lee Atwater planted questions with reporters about Turnipseed’s treatment as a teenager for depression, which included electric shock treatment. Turnipseed was appalled at the Republican’s campaign ethics and called foul. Atwater responded that he had no intention of answering charges made by a person “hooked up to jumper cables.”

This was not only a crude violation of privacy and an act of public humiliation; it also instilled in voters’ minds a grotesque image that poisoned their perceptions of Turnipseed and anyone else who has undergone electric shock therapy. Prior to his own death from brain cancer one decade later, Atwater was moved to ask for forgiveness. He wrote to Turnipseed from his hospital bed, where he himself was connected to gruesome machinery.

Thank you, Rabbi Telushkin, for these sobering examples. 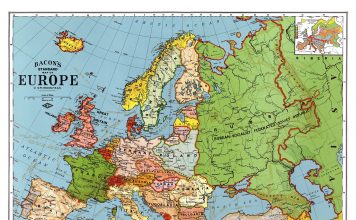