Reb Elimelech maintained that just for him alone they will have to make a new Gehinnom, for the one that already exists is not adequate enough. He also commented – in his infinite humility – that the reason people come to him and request his assistance with children, health and parnassah is because it is his sins that are responsible for the absence of these blessings.

“I am not afraid of Gehinnom,” he used to say, “For once I know that it was the Holy One and His Heavenly Court that ordered that I descend there, I will jump in joy to fulfill the Heavenly command.”


Still, he did say about himself that he was certain that he would have a small portion in the World to Come. He came to this conclusion, so characteristically, because of how he envisioned the entrance exam. When the Heavenly Court will ask, “Did you learn Torah?” I shall reply, “no.”

When they will ask, “Did you daven?” I will be forced to respond in the negative as well. As to the query, “Did you perform any mitzvos or kind deeds?” honesty will compel me to reply “no” yet again.

At this point they will say, since you have been honest and spoken the truth, you are deserving of a small portion in the World to Come.

Reb Elimelech once went to visit his chassidim in a particular village, and when he departed all of his students escorted the master out of the town. He was riding in a wagon and soon more and more thronged to escort the great tzaddik.

Suddenly someone noticed that the wagon was empty – and Reb Elimelech was walking with the crowd! “Why has the rebbe descended from the wagon?” all wanted to know.

“When I saw,” responded Reb Elimelech, “how such a large group of Jews had joined together with such enthusiasm, I felt that I must also join them in this mitzvah…”

Although intense humility personified Reb Elimelech, he did not believe that this should be exclusively his domain. He maintained that the very root of one’s spiritual service and conduct must be humility, and by this he meant “honest humility,” for the opposite also existed.

There are those who portray themselves as humble and take pride in convincing others that they are humble. Reb Elimelech saw right through this and would call the fakers to task. Feigning humility, while feeling pride, was a cardinal offense to Reb Elimelech, for aside from the inexcusable dishonesty pride is a double-edged evil that leads to divisiveness.

Tradition has it that Reb Elimelech would only sleep in the beginning of the night until midnight. Then he would arise for his devotions, berating himself for having squandered time on sleep. It was also his custom not to retire until every coin that had made it into his home had been distributed to the poor.

Reb Elimelech was actually unable to fall asleep as long as there was a piece of currency – of even the slightest value – within the walls of his home. Whenever he was unable to fall asleep the house would undergo a thorough search for the errant coin. This inspection would encompass the floorboards and every pocket, drawer and surface until the coin was eventually discovered. Only when the money was dispatched to a poor family was the rebbe able to fall asleep.

One night, Reb Elimelech was unable to slumber. The family members searched frantically in any place that a coin might have been overlooked – but they searched in vain. Reb Elimelech proposed that maybe a chassid had arrived in town with money to be distributed but had yet to fulfill his mission.

The custom in those days – when travel was difficult, protracted and expensive – was that if a chassid were to travel to the rebbe, he would bring along with him pieces of paper with the names of the chassidim from that town together with money for pidyon nefesh that was to be handed to the rebbe.

Reb Elimelech suspected that this might be the cause for his inability to slumber. Thus, members of the household began to search all of the inns to see if anyone had recently arrived with pidyon money. Sure enough, someone fit the bill. 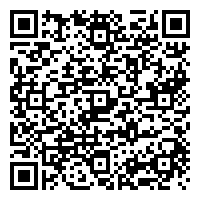