A flash of red caught my eye, and I looked up and saw a cardinal perched on the picnic table on my deck. What a miracle, I marveled. You’re beautiful. Thanks, Hashem. And then my mind’s wheels began to roll, and it struck me that several miracle stories had come my way this week. The stories prodded me to think of and feel Hashem’s presence as a more tangible and vivid reality.

“It was a little after noon on Erev Shabbos,” a visiting rabbi said in shul. “I was looking forward to spending a great Shabbos in your community when my world suddenly went dark. My glasses, the same pair I’ve had for the past 12 years, snapped in two. The Shabbos that I eagerly anticipated suddenly loomed like an oncoming nightmare, and my blood pressure soared.

“How was I supposed to address a crowd, using my sefarim and notes, without being able to see? When introduced to people, would I shake their coattails instead of their hands? I worried about tripping on my way up to the podium, on my way back, or both. Well, I shared my gloomy predicament with my wife, and our driver overheard my lament. Within the hour, I was happily set up with a brand new pair of glasses. You see, my driver happened to be Dr. Simson.”

Ah, we all nodded knowingly, the picture became strikingly clear. Dr. Simson just happens to be an optometrist. That’s pretty amazing, I thought. Hashem was clearly watching out for him.

My next light bulb was activated on Erev Shabbos. I was speaking to an older lady friend, and she relayed the following scenario: “My son-in-law was just diagnosed with a tumor.” I gasped. “Thank God, it’s benign,” she said, hurrying to reassure me. I could feel her gentle smile through the phone. “But you’ll never believe what happened when he was on the operating table. Just when they opened him up, he had a heart attack.”

I gasped again, failing to see the miracle. I assumed that the surgery had shocked his body into cardiac arrest. But she continued her saga, quickly dispelling my incorrect assumption. “They found three of his arteries blocked,” she said slowly, and incredulity began to dawn. “He was a walking time bomb. If his heart attack would have occurred at any other time or place, it may have been fatal. But because it happened while he was on the operating table, they were able to save his life.”

Unbelievable, I marveled. Hashem is really here with us every second, pulling strings and making life happen. And then I remonstrated to myself: Is this what you need to bolster your emunah? Don’t you feel Hashem with you every moment without needing the sea to split and manna to rain down from shamayim? I mean, isn’t your very existence reason enough to sing “Mah rabu ma’asecha Hashem”? And what if these two stories hadn’t ended with such fairytale endings? Would that mean that Hashem was any less involved, chas v’shalom? Or does it simply indicate that He, in His infinite wisdom, ordained these events to happen as they did?

For the next few days I thought about miracles, their purpose and message. And then a very special, miraculous day arrived – the day of my youngest child’s siddur play. From the moment my Tehila marched on stage, a golden crown adorning her head, my eyes swam. My heart was filled with an emotional intensity that I can never adequately describe.

I watched my daughter sing about the treasure of tefillah, the gift of being able to communicate with our Father and King at any time for any need. She sang about Shabbos and berachos, and appreciation for everything we have. And my tefillos took wing on her song.

Please, Hashem, I begged, may she keep her youthful energy and excitement as she grows to serve you throughout her life. May her eyes glitter with the same love, and may she sense your closeness as she walks up life’s hills and through its valleys. May Shabbos and Yom Tov fill her soul with a spiritual boost and forge a path within her heart leading toward eternity. 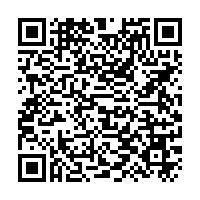