The saying Gam Zu L’tova – “this, too, is for the good” – is a well-known one in religious Jewish circles. It is what our response should be to every difficult or challenging event. It expresses our belief that everything is from Hashem and everything that He does is good. This includes what is obviously good, as well as what is seemingly negative – from small, mundane problems to the most difficult events in our lives. It is all from Hashem, and everything that He does is good. There is no such thing as chance or coincidence, nor is there any independent power in nature, science, statistics, the stars or anything else. Nothing can cause anything to happen if Hashem does not will it. And everything He does is good.

Sometimes we see clearly the good that came out of difficult circumstances, such as when a person misses a bus or plane, but finds out later that what seemed so negative when it happened, actually saved his life for tragedy befell the passengers of that very bus or plane, yirachem Hashem. In this case the goodness in the “difficulty” was obvious. However, there are also difficult or painful circumstances and events in which we don’t ever see in this world why it was for the good. Then, too, when our finite minds don’t comprehend, and we see no light within the darkness, then, too, we rise to a higher awareness and say Gam Zu L’tova, believing that everything that happens is from Hashem for the good.


I’d like to share with you a true story of an idealistic young lady in Germany just before and during World War II. Recha Freier, a”h, was the wife of a rabbi. She longed to help people, and decided to become a nurse. She studied diligently for years, waiting for the day when she would achieve her goal and begin to help many people by cleaning and dressing their wounds, taking blood for important tests, giving injections to prevent and treat disease, and help doctors in the many ways that nurses are trained to do. She would be kind and caring to the people who she would tend to because, true to her upbringing and to her Jewish heart and neshama, she was a compassionate, loving person.

Recha’s studies and written tests continued and she consistently received excellent grades. And then came her “hands on” exam which was the final pre-requisite for receiving her diploma as a registered nurse. She had been waiting for this day for years. Recha did everything she was asked to do with great seriousness and confidence. She sterilized equipment, prepared dressings, wrote out instructions and did whatever she was asked to do with the efficiency she had gained during her years of study. When Recha was told to apply ointment to a wound, she reached for the package of sterilized cotton wool, carefully and deliberately took out the necessary amount for the bandage, applied the ointment, applied the bandage to the subject and taped it in place. That done, there were other tasks she did as the examiners looked on and graded her. She did them all with a deep inner joy, for this is what would enable her to fulfill her noble dream of becoming a nurse.

Upon completing her exam, Recha went home, certain that she had passed with flying colors. She waited eagerly to receive the results, to hear that she had passed with honors and was now qualified and certified to offer the medical help to others which she longed to give. When the envelope came, Recha quickly and enthusiastically opened it to see her test results as well as the much awaited certificate which would enable her to fulfill her goals. She took the paper from the envelope, unfolded it, read it and continued to stare at it in disbelief. There was a mark, and an explanation. There was no certificate. Recha had failed the examination, the examination which was to be the successful culmination of her years of study and yearning. Why? How could that be? She failed because she had taken out the cotton wool with her fingers rather than with sterilized tweezers used specifically for that purpose. After all those years of hard work and discipline, she was disqualified.

Had Recha Frier passed her test she would have been thrilled and would have gone on to be a nurse, to apply bandages, give shots and take blood. She would have put all her efforts into that, with little time for anything else besides her family. But she never got to be a nurse. We can only imagine the depth of her disappointment, her frustration, her anguish.

Though Recha Freier did not become a nurse, her heart and neshama still longed to help people. She sought ways to do that as history unfolded in a most horrible way

Let’s try to imagine how Recha Freier felt when she received the letter telling her that she failed her test and wouldn’t be a nurse. What a shock that must have been, what a huge, mind-boggling disappointment. Imagine her feelings of incomprehension at how and why her noble goal was foiled, especially since she had invested so much into achieving it. The feelings of frustration and sadness must have been overwhelming, confusing and terribly painful. According to human reasoning – which sees only a small part of the picture, and isn’t aware of the Master Plan – her failure must have seemed to her a totally negative turn of events.

But now we know that this, too, was for the good. Today we understand and know that Recha Freier’s inability to be a nurse was orchestrated by Hashem for the good. Instead of helping hundreds as a nurse in Germany, she was instrumental in saving the lives of thousands and thousands of Jewish children and youth. And today many of them, as well as thousands and thousands of their offspring live on. Baruch HaShem. How good it was that Recha Freier failed the examination that would qualify her to be a nurse. How very good that was.

Historical Discovery in Lithuania: Escape Tunnel Used by Jewish Prisoners to Escape from the Nazis 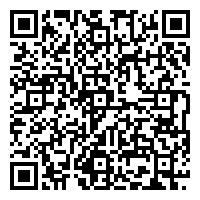