My flight from Dallas to Newark, connecting with my flight to Israel, was due to take off at 6:30 a.m. So, in the middle of the night in the pitch dark, I put my suitcases in the car and prepared to drive the many miles to the airport.

Not only was it pitch dark, but it was extremely foggy. The fog obscured traffic lights that were only a few feet in front of me. So, I drove very, very slowly and cautiously, even though there were very few other cars on the road at that hour.


Thank G-d, I made it to the vicinity of the airport within a couple of hours, and parked at the lot where I was to take a shuttle bus to the airport itself. The bus arrived; the driver, a pleasant man, picked me up with my luggage. I checked in at the terminal with ease, and sat down to wait, saying Tefillat HaDerech in the meantime.

At about the designated time, the plane took off. I was on my way to Israel again to see my children and grandchildren!

The trip was doubly exciting because my husband and I were in the process of buying a house in the heart of the Jewish community in Dallas. We had been living on the outskirts of the city, 30 miles from anything Jewish, and finally my dream of living in the heart of the community was being realized.

While I was visiting one of my daughters, my husband called to say that the home purchase was finalized! At that exact moment my daughter was on the phone with her best friend in America, whose brother was a rabbi living in Dallas, and I told my daughter, “Quick, tell her to tell her brother that we’ve got the house!” I wanted everyone in the community to know that we were moving there at last.

After a beautiful couple of weeks in Israel, it was time for me to go home and begin my share of the wonderful process of moving. I flew back to Dallas and got the shuttle bus to the parking lot. Interestingly, the bus driver turned out to be the same man who had taken me to the airport at the start of my trip. He had a good memory, for he recognized me and remembered when he had driven me before, and he mentioned that that had been one of the foggiest nights that had ever occurred in Dallas.

“Did you know that the airport closed at 6:30 a.m. because of the fog, and didn’t reopen until about 3 hours later?” he asked me.

He answered, “Then it must have been just after your plane took off.”

Without my even being aware of it, Hashem did a miracle for me by not closing the airport until I had taken off! Had the airport closed before that, I would have missed my connecting flight from Newark to Israel!

When I had driven to the airport, I was so focused on just getting there safely, I hadn’t even considered the possibility that the plane wouldn’t be able to take off because of the fog. Now I saw clearly how Hashem had helped me! The weather might have been foggy that night, but the clarity of His Presence was unmistakable. Ever since then, many times when I read about the Clouds of Glory, I think about my own experience that foggy but miraculous night. 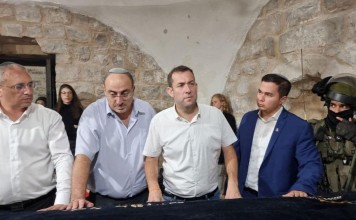 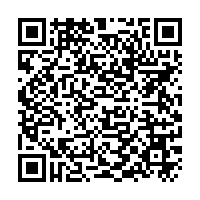