“It was the best of times, it was the worst of times…” Those famous words, made immortal by the incomparable Charles Dickens, perfectly encapsulated my experiences during my very first Pesach as a newly married woman.

On the one hand, I was still dewy-eyed and euphoric that I had found the man of my dreams. I considered myself the luckiest girl in the world, and admittedly was certain that said world revolved around me, but reality set in almost immediately. In a wicked twist of irony my freshly minted chassan went from the week of sheva brachos with his adoring kallah, to a week of shiva for his beloved father.

The Ferris wheel that we call life had precipitously dropped us from the dizzying heights, where we appeared to command everything within our vast birds-eye line of vision, to a shuddering stop on the unyielding ground below. We had no choice but to put one foot in front of the other and deal with what lay ahead.

Our chasunah was held in the most propitious of times, the joyous, triumphant month of Adar. The untimely petirah of my father-in-law, a mere week and a half later, forever altered that month of good fortune into a bittersweet mixture of elation and loss.

That first Pesach, a few short but highly turbulent weeks after our wedding, was undeniably the most excruciatingly difficult Pesach of our lives. As newlyweds, we owned virtually nothing and were renting a furnished dollhouse apartment, which we effortlessly kept immaculate, so our cleaning and preparation were minimal indeed.

To make an easy-as-pie Yom Tov even more stress-free, we split Pesach that year between my family and my husband’s. Mine was the Pesach I had grown up with, blue milchig dishes and English countryside pattern fleishig, simple and no-frills, yet as comfortable and familiar as a much-worn leather glove. But when we boarded the plane for my husband’s childhood home, we entered a house still shrouded in mourning and profound sadness. Even the beauty of this wonderful Yom Tov, the pinnacle of our past and future redemption, did little to lift the cloud of gloom that had descended on that home, and by extension the entire city.

My father-in-law had been larger than life. Though not a physically tall and imposing figure, he was a legend in his time, the backbone of both his family and community. He possessed a very rare and potent combination of determination, daring, and drive that allowed him to achieve incredible feats while others stood by and watched in awe. He virtually singlehandedly transformed the chinuch world, establishing day schools in the United States as well as in far-flung regions where none had previously existed. His magnetic, dynamic personality and unparalleled charisma opened countless locked doors and paved the way for unprecedented accomplishments.

He graciously devoted his life and his very being to his family and his passionate service of Klal Yisrael, and with much siyata dishmaya, he was able to move mountains and forever change the landscape of Torah education. Then suddenly he was incomprehensibly gone, his family and community left bereft and shaken.

That was the juncture of our first Pesach together, when the towering persona who had not just led the Pesach Seder, but personified the majesty of that very holiday, was noticeably missing from his throne at the head of the table. Thus was I, the young innocent bride, initiated into my new family, and at the same time, posthumously introduced to the legendary father-in-law whom I unfortunately had barely had the opportunity to meet.

The heartbreak and searing pain were impossible to escape. Every face reflected the agony and devastation. It felt more like the tragic destruction and exile of Tisha B’Av than the exultation and redemption of Pesach. It was as if the kinah of Tisha B’Av, which contrasts those two hallmarks of the Jewish calendar, decreed that our geulah from servitude and oppression become cruelly juxtaposed within its verses. Somehow, our “Bitzaisi Mi’Mitzrayim” more closely resembled the dual Tisha B’Av tragedy of “Bitzaisi Mi’Yerushalayim.”

This Pesach will mark three-and-a-half decades since that somber, heart-wrenching Yom Tov. The sense of pain and loss has not entirely faded away during the intervening years. Time has not in fact healed all the proverbial wound but it has helped dull their acute sting.

A couple of new generations have been born in the interim, while other beloved members of our clan have gone on to the World of Truth. There are countless new faces, new lives, new relationships, and new names, but one very special name, the name of our prematurely departed patriarch and role model, appears again and again in our family roster. Each of his children proudly named a child for him, and a number of great-grandchildren already bear his revered name as well.

His timeless legacy lives on in the scores of direct descendants, who faithfully follow in the path of Torah and Yiras Shamayim that he heroically blazed, in the many thousands of talmidim he impacted through his great personal sacrifice and boundless love, and in the renowned educational institution that proudly bears his illustrious name.

Though dozens of beautiful and memorable Pesachs have passed since that fateful chag thirty-five years ago, the memory of that tragic Yom Tov is forever engrained in our family’s collective memory. And just as the Divine redemption of His people from the ‘kur habarzel’’ of Mitzrayim forged Am Yisrael into Hashem’s nation, our personal ‘kur habarzel,’ many centuries later at that very same time of the year, helped mold our own family into the growing, thriving, beautiful entity it is today. 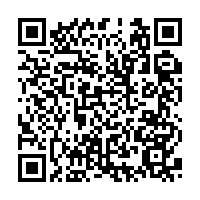