I heard a wonderful story in the name of Rabbi Elimelech Biderman and I must share it with you. He was speaking of what we say in the daily Shemona Esrei prayer: “We thank You for… Your miracles that are with us every day and for Your wonders and the good that He does for us every moment… that are with us at every hour, evening, morning and afternoon.” He said that sometimes the miracles and wonders are obvious, and sometimes they are concealed or hidden. But whether or not we are aware of them, the wonders are a constant part of every aspect of our lives – even when things look dark and difficult.

And then he told the following true story.


There was a religious man who lives in America, we’ll call him Mr. Cohen, who somehow ended up being accused of a very serious crime of which he was innocent. If he would be convicted, it would mean a huge fine (or possibly even imprisonment).

He was given a date for the impending court case, and of course he prayed and prayed, beseeching Hashem to save him from the worst scenario. He also gave tzedaka, made kabbalas (promises to Hashem), asked for and received blessings from rabbis and did everything else in the spiritual realm that he hoped would give him the merit to be found innocent. And, of course, knowing that we’re not allowed to depend on miracles but rather, we must make our best human effort to get the results we want, he also made numerous inquiries until he found the person known to be the very best lawyer for such a case. He contacted him and after discussing the matter, was told that the fee would be five thousand dollars. Since the alternative could be far worse, Mr. Cohen hired him. And of course, he also continued with his prayers and everything else he could think to gain merits from Hashem, and be acquitted.

On the day of the court case Mr. Cohen arrived at the prescribed time. The judge was there but Mr. Cohen’s defense lawyer wasn’t. Mr. Cohen looked for him, waited for him, called him, but he didn’t arrive and didn’t answer his calls. He called again and again, but all he heard was a recording telling him to call back later.

And then the time came for the case to be called up and there was Mr. Cohen, facing the judge alone (of course, he knew that he wasn’t alone, but his lawyer wasn’t there.) The judge was ready to start the hearing and asked Mr. Cohen:

“Where’s your lawyer?” And Mr. Cohen responded: “I don’t have a lawyer.” The judge was obviously extremely surprised and even curious. And then he said: “Okay, just tell me yourself everything that happened regarding this case.” Cohen quietly asked Hashem to help him and then stood up and began to tell the judge everything that had transpired, explaining his part as carefully and exactly as possible, describing every detail he could think of which would prove his innocence.

When he finished, he was told to sit down, which he did, and then he just waited, praying under his breath that despite the odds, he would be acquitted. There was still no sign of his lawyer. He discreetly looked down at his phone but the lawyer hadn’t called. And meanwhile the judge was looking over and contemplating the case. And then, finally, the time came for the verdict, and the judge said: “The fact that you didn’t bring a lawyer means that you’re totally confident that you are innocent, and that everything you are saying is true. So even if I wouldn’t have believed you, the fact that you didn’t bring a lawyer proves to me that you know that you are saying the truth, and that you’re totally innocent. And so, I am convinced that you are innocent. The verdict is innocent. The case is closed.”

And so it was that with enormous relief, and gratitude to Hashem, and five thousand dollars still in his pocket, Mr. Cohen left the court house. Shortly after that, his phone rang. It was his lawyer who understandably sounded extremely perturbed and even frantic. He apologized profusely and said that in his twenty-five years of practice this never happened to him. And then he added: “I never even heard of such a thing. I don’t understand this. I never missed appearing in court for a client. I have no explanation how this happened,” he said, obviously embarrassed and filled with feelings of guilt as he wondered what happened to his client after presenting his complex case without an attorney defending him. And then he said in a low voice filled with shame: “It’s hard for me to say this, but what happened is that I overslept.” And then he continued apologetically: “I have a wake-up call on my phone but I didn’t hear it. Either it didn’t ring or I simply didn’t hear it.”

He continued his explanation: “I didn’t even wait to check it out, I just called you right away as soon as I woke up and saw what time it was.” And then he added in a small, humble voice: “I’m sorry. I’m terribly sorry.” And then he finally asked: “What happened?” fearing what he would hear, assuming that Mr. Cohen was indicted with a guilty verdict and that it was his fault because he wasn’t there to defend him.

There was another silence as Mr. Cohen contemplated the miracle that had happened, the miracle that led to his being judged innocent, and also to his saving five thousand dollars. The lawyer broke the silence by asking again: “What happened?” And Mr. Cohen answered, his voice filled with the exhilaration of knowing that he had experienced a miracle: “Everything’s okay,” he said. “My loving Father in Heaven took care of everything.”

And then Mr. Cohen went to shul, and there he saw an unfamiliar face, someone who was trying to collect money for some worthy cause. And after the amazing events that he had just experienced, Mr. Cohen asked him: “What are you doing here?” And the man shyly explained that he came from Eretz Yisrael to America to collect money in order to be able to make his daughter’s wedding. And then he continued that he had done what many Eretz Yisrael Jews do when they come to America to raise funds. They hire a special, highly recommended Jewish driver who has many addresses of wealthy people who are likely to donate nicely, and that was what this man did. He and the driver made up that he would be picked up that morning to start their rounds of collecting. “But,” said the man, with disappointment, “he didn’t show up at the time we had arranged. I called him and there was no answer, and then much later he called me back and very apologetically explained why he hadn’t picked me up and why he didn’t answer any of my calls. He said that this never happened to him before and he’s very, very sorry, but the truth is that he simply overslept!

When Mr. Cohen heard that, he knew beyond any doubt, that this too, was part of Hashem’s wondrous ways, and on the spot he gave the man the five thousand dollars that he had wondrously saved/made just an hour or so earlier!

Rabbi Biderman concluded the story by saying that the lawyer didn’t show up because just as we say every day – Hashem does miracles and wonders for us!

Sometimes we’re aware of them, and sometimes they’re concealed, but they’re always there! 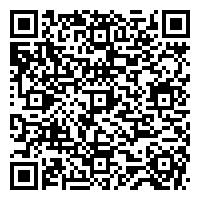