This year, the chosen date for our visit fell on the yahrzeit of my father, who is the only grandfather the children knew. We made plans for the trip, which entails visiting two cemeteries, one on Long Island and one in New Jersey. My son and I took the pre-dawn flight from Florida to Kennedy Airport, and planned to meet my daughter, who was flying in from California. After tightly scheduled visits to the cemeteries, we planned to be on our way home that night.

The miracle occurred as we approached the departure gate at the airport. Lo and behold, a few yeshiva students were waiting to board our flight. Just before dawn, I started walking through the cabin to find a place to daven. I found three empty seats, and started to put on my Tallis and Tefillin. All of a sudden, a minyan formed around me, consisting of six yeshiva boys, three other passengers, and myself. The yeshiva boys helped the passengers don their Tefillin.

When the captain announced that we were about to land, we decided to finish our prayers after disembarking.

We left as a group and found a place on the concourse. We must have been quite a sight: a group of men with funny boxes on their heads, parading to a quiet corner to finish their prayers.

When things like this occur, I say a silent prayer thanking Hashem for His mercy and goodness.

Perhaps I was being rewarded for the charity I had given, for being shomer mitzvos, or for any other good things I may have done.

My awareness of the Presence of Hashem everywhere was strengthened, as my eyes filled with tears of gratitude to Hashem for sending me a minyan when I so desperately needed one. 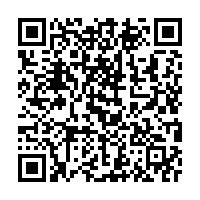