We’ve all read or heard stories of incredible hashgacha (Divine Providence). In fact, I would venture to say that with just a little thought we can easily see episodes of hashgacha even in our everyday lives, such as the shidduch that comes about only because someone “happens” to sit at a certain table at a wedding.

Like many others before me, I too have a story. It seems convoluted – until you reach the end and say “Wow,” seeing that it was hashgacha all along.

About 18 months ago, one of my husband’s cousins became very interested in the genealogy of the family. We had a family tree going back a few generations that we shared with her, and she began her journey in earnest, trying to find second and third cousins who descended from these earlier generations. Her quest led her to Cleveland, where much of the family had settled when they came to America in the early 1930s. All of the descendants of my husband’s grandmother remained frum (they mostly raised their families in Chicago), but the relatives who had settled in Cleveland did not.

Six months after she began her quest, I saw our cousin, Rochel, one day. Excitedly she told me she had found a frum cousin in Cleveland. And it was quite a story. When she had reached out to him and explained who she was and what she was doing, he had invited her to come visit his family, which she did. This couple had only become frum within the last five years and were extremely excited to connect with other frum relatives.

Rochel showed me a picture of the newly found cousins. They looked like any other observant family you would see on the street – father, mother, three boys. Rochel told me that the man is an orthopedist and doesn’t live that far away from my daughter who also lives in Cleveland. Perhaps I should ask her if she knows him (let’s call him Dr. P.).

When I asked my daughter if she or her husband had ever heard of Dr. P., she said no. A few weeks later she called me after Shabbos. “Guess who we met at a kiddush this week? None other than Dr. P.!” It turns out that my son-in-law’s brother is a chavrusa of Dr. P. They were all at the same kiddush, and when her brother-in-law introduced them, my daughter recognized the name and said, “I think we are related. Were you in touch with our cousin, Rochel?” Sure enough, it was the same Dr. P.

A few weeks later, we had a family Shabbaton in Cleveland. My kids reached out to Dr. P. and asked if he and his family would like to attend, but unfortunately, they had other plans that weekend. On Sunday morning, my husband found himself at a minyan, and while looking at the family memorial plaques, recognized the common family name. He asked someone there if he knew Dr. P. and if he davened at that minyan. Sure enough, Dr. P. was right there at the front of the shul! When my husband went up and introduced himself, they took a picture together and posted it on the family WhatsApp group. We all remarked that Dr. P. bore a very strong family resemblance to my husband’s uncle!

My children in Cleveland set out to invite the P. family for Shabbos and, after a few weeks of scheduling conflicts, they finally enjoyed a Shabbos together and got to know these new cousins.

Fast forward almost a year. My daughter walks out the door on her way to do carpool, loses her footing in the rain, and falls into a small ditch. She severely breaks her ankle, and to make matters worse, her husband is out of town. When our son-in-law called us en route home, my husband suggested calling Dr. P. for his input. No sooner did my son-in-law make the call, then Dr. P. instructed him in what to do for his wife. He said he would check the X-ray films in the morning and weigh in on the next steps.

The next morning when Dr. P. called, he said it was a very severe break (her ankle was shattered) and while he could do this surgery, it required a meticulous hand, and he instead recommended a friend who specializes in severe ankle trauma surgery. He offered to call him and send him the films.

Dr. P. was as good as his word. He called the trauma surgeon, got my daughter an appointment, and followed her care as only a caring professional who’s also a family member would. Had our cousin never done her genealogy search, had she never met Dr. P., had my son-in-law’s brother not been the cousin’s chavrusa, had they not met at a kiddush, had my husband not met him at minyan, had they not had him for Shabbos, would the story have the same ending? (Does it sound a bit like Chad Gadya here? It does to me!)

So that is my convoluted hashgacha story. Did you say “Wow!”? I know I did. 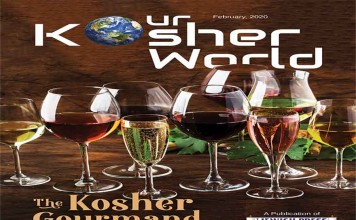 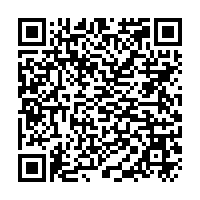