It is very important for Jews to first help family, then other Jews close to us, then Jews not as close. Next, if possible and appropriate, Jews should help those of any race or creed.

I was blessed to see my parents, a”h, do many acts of kindness for each other, for my brother and me, for their daughters-in-law, and for extended family, neighbors and many others.


My father learned procedures so well that he was able to help my mother with her health issues. Hospital staff would call him to find out the best ways to work with my mother. My mother, during her illness, didn’t want my father to spend all of his spare time with her, so when she saw an ad from a Jewish agency seeking volunteers to help newly-arriving immigrants she encouraged my father to apply for the position. Without her encouragement, he probably would have never sought the position. This post opened up new opportunities for personal fulfillment in his retirement years.

At the age of 10, I witnessed an act of kindness toward a stranger that left a deep impression on me. While my family and I were waiting in line to enter the Washington Monument, a man was finding it difficult to fit into a tight parking spot. My father helped the driver by letting out the emergency brake of the car in front of his, which had been left open. He then steered that car a foot forward so that the other man could fit into the spot. My father’s act was a powerful lesson in the importance of helping others.

When I asked my very ill mother what she was knitting, she replied, “I’m knitting sweaters for babies with AIDS.”

I am very aware of the powerful Kiddush Hashem brought when a Jew helps a non-Jew, as it places the Jewish people in a positive light. And even if no one witnesses the act of chesed, helping someone in need is still the right thing to do.

Here are two personal examples of this: I formerly worked (mostly spending time running Oneg Shabbos programs and assisting in many Jewish-related activities) in a nursing home whereby 98 percent of the residents were Jewish while the staff taking care of them was mostly non-Jewish. There was an undercurrent of friction between the non-Jewish and Jewish staff members.

An Irishman (I’ll call him Tom) with no family member involved in his life moved into this nursing home, a result of a Jewish neighbor’s compassion for a man having difficulty living on his own. Tom’s adjustment to his new home was hard for two reasons: he had to get used to being in a nursing home with all of its strict rules and less privacy than he was accustomed to. Additionally, as an Irish Catholic, Tom had to get used to seeing religious Jewish men and women living a lifestyle alien to him.

The non-Jewish staff, especially one home health aide I’ll call Ron, took a liking to Tom. Ron was among many of his co-workers who were bitter about how they perceived the way they were treated at the nursing home.

I visited Tom in his room whenever possible, and brought him to programs when he was up to it.

An Irish society in Manhattan sent literature about the Irish county Tom was from that he loved to look at. But as there was only so much time I could spend with him, he was forced to remain in his room much of the time – with nothing to do. He loved watching old movies (and television in general) but didn’t have a TV, since no family member or friend was available to get one for him.

When I accepted another job, I capitalized on an opportunity to do something nice for Tom before I left the nursing home. My wife and I had gotten a new color television set despite having one that was still working fine. We could’ve kept the old one, but after telling my wife about Tom she enthusiastically agreed that it would be a nice gesture to give the television to him. When I brought the TV to Tom’s room, he became teary-eyed and gave me the same sweet smile he usually saved for me. After we wished each other well, two things left a powerful impression on me. 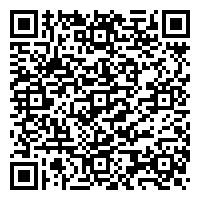