About 15 months after the Second Lebanon War, we were called up to reserve duty in the Gush Talmonim region, part of the Binyamin Regional Council. On the second Friday night, I enjoyed the privilege of leading the entire company in singing, “Shalom Aleichem.” Although there wasn’t even a minyan of shomrei Shabbat men, the soldiers pulled out their hats in honor of the song (a handful placed a hand on their heads), and all respectfully rose to their feet – including the Bedouin trackers.

After the meal one of the soldiers approached me, and in a rare moment of sentimentality (an unusual occurrence on the macho Israeli landscape), he told me that the Kiddush was very nice and that it reminded him of the Kiddush that I recited back in Lebanon.

That Shabbat Nachamu of 2006 in the village of Shamah is an experience that I’m not likely to forget.

On the previous Wednesday, we entered Israel’s northern neighbor’s territory. Our visit was extended and within 30 hours, we had used up all of our food and water. Early Friday morning, we arrived in Shamah – tired, hungry, and dazed. We scattered among the local houses, where our hosts did not exactly see to our comfort. In fact, they weren’t even home.

Some of the others fared better, but my platoon’s Lebanese “hosts” were either desperately poor or had managed to take all their food with them before escaping the Zionist enemy. I thus avoided the following dilemma faced by others: were they forbidden/permitted/required to eat the non-kosher food that they had found?

Fortunately vegetable gardens are hard to move, and we were able to help ourselves to some watermelons and tomatoes. I was even happier that HaKadosh Baruch Hu planted the brilliant idea in my head of picking grapes from a vine-covered pergola. The grapes were crushed (by hand) in a plastic bag, and the juice dripped straight out of a hole into an empty bottle.

In the pitch darkness, we sat on sofas in the living room singing “L’cha Dodi” with feeling. Every few seconds someone would destroy the mood with a long “shh,” which would bring us back down to earth and remind us that we were in enemy territory and should be conducting ourselves accordingly. But in our enthusiasm, the decibels would soon rise again – and the process would repeat itself.

After somehow managing to daven by heart, the fresh grape juice was poured into a glass from the kitchen, and then I made Kiddush for everyone. Someone shared the pistachios that he managed to “smuggle,” and so we even had Kiddush b’makom seudah. (Ideally, Kiddush should lead into a meal.)

The next morning, we discovered that the grape juice had begun to ferment. Meanwhile we had no food left, and our shrunken stomachs had to make do with “spiritual food.” One of the guys took out a small Chumash, and we spent the next three hours going over Parshat Va’etchanan, theparshat hashavua. Astonishingly, the parshah seemed to have been written just for us.

Moshe said, “Let me now cross over and see the good land this good mountain and the Lebanon And Hashem commanded me at that time to teach you statutes and ordinances so that you should do them in the land to whichyoucross there[Shamah] to possess And from there you will seek Hashem, your God, and you will find Him; if you search for Him with all your heart and with all your soul to drive out nations from before you; to bring you, to give you their land for an inheritance, as this very day” (Deut. 3:25-4:38).

We had just conquered Shamah – and there we were, sitting and seeking Hashem!

“Face to face, Hashem spoke with you at the mountain from amid the fire” (Deut. 5:4).

We certainly had seen plenty of fire and mountains, but what did Hashem say to us “face to face”?

The first three chapters of the parshah contain all sorts of relevant hints, but the next chapter, chapter 6, was even more eerily reminiscent of our current circumstances.

According to some opinions (Gittin 7b), the northern borders of Eretz Yisrael reach the location of the village of Kfar Ras El Baide – where we were to spend the next Shabbat (our second and final one). This is referred to today as Lebanon (in spite of the anarchy that prevails in its south). During biblical times, this area belonged to the tribe of Asher. 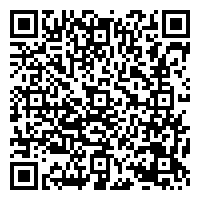