The Schwartzes had three vehicles but only two drivers. At any given time the third vehicle, the 2005 red Ford van, could be seen on different driveways throughout the neighborhood – and sometimes even in Miami Beach and Hollywood, Florida. The Schwartzes kept a third vehicle, knowing that not everyone had a car.

Many people come to South Florida because of the excellent medical care, and while there they must deal with the cost of housing and food – and the loss of income. The Schwartzes wanted such people to at least be sure they had transportation and didn’t have to rely on renting a car or paying for a cab.


They first came up with the idea when Rabbi Rosen was in town for a liver transplant. The rabbi’s family was with him and they didn’t have transportation to get around. The Schwartzes realized Rabbi Rosen was saddled with many concerns and although they couldn’t solve all of them, transportation was one burden they could remove. For the few months that the Rosens were in town, they drove the red Ford van.

One day, Mr. Schwartz’s sister was in town and took the Schwartz children with her. An accident occurred and the van was totaled. No one knew how anyone got out of that van alive, but none of the Schwartzes or the driver received so much as a scratch. 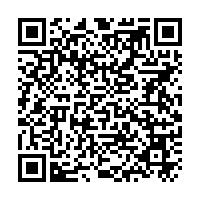