I well remember the day that I became part of that less than exclusive club. My membership was all the more surprising in light of my latent New Yorker genes. Even after leaving over three decades ago and relocating to no less than three different countries and many states and provinces, I could not eradicate them completely. My kids always complained, only half jokingly, about my paranoid obsession with locking and bolting the front door. Even when they were expected to return home at any moment. Even when they were just behind me on the steps!

I was far from the trusting, naïve type you would expect to fall prey to this scheme. So how had this conceivably happened to me, of all people?

Something tells me that a little background information is required before we can even begin to piece together this mystery.

But first a disclaimer: This is decidedly not one of those heart-warming “Only in Israel” strolls down memory lane. It is actually as far from it as can possibly be. In fact, I thought long and hard about sharing this story for that very reason. (Aside from the fact that Yours Truly does not exactly come out smelling like a rose either!) In the end, I decided that literary integrity must prevail over all other considerations. So here is the decidedly unflattering (but undisputedly captivating) tale of the waterman… and me.

We waited quite a while to move into our brand new home. In total there were the four years we spent in chutz laaretz after purchasing it on paper and the year we spent living in a loaner apartment while we awaited its completion. I guess that can at least partially explain why I felt particularly attached to our “piece of the rock.”

It happened shortly after we eventually moved in; the ubiquitous workers had finally finished their various tasks and we were at long last beginning to settle in and feel at home. That was precisely the juncture at which the waterman made his unannounced and unexpected appearance.

He was tall and had a broad build, with curly hair and arresting blue eyes. (The “arresting” should have furnished a clue, but I was sadly somewhat slow on the uptake!) Like most workers and officials in this country, he was dressed casually, with no uniform or badge of any kind. Instead he wore a black tee shirt and khaki cargo pants with very deep pockets. (Clue number two, had I been paying attention.)

“I’m from the water department,” he announced, when I opened the door. “There’s a break in a water main outside and I’m concerned about your pipes…”

“We just moved in…” I shared. And then added, “I’m in the middle of washing a load of whites. Do you think that will be affected?”

He shook his head sympathetically, “I’m afraid so. I’ll return in a few minutes and we’ll check the pipes together.”

My husband had just left to run an important errand in Yerushalayim, and I immediately tried reaching him on his cell phone, with no success.

Before I could make another attempt, the waterman was back again, ready to get down to business. The New Yorker in me was somewhat suspicious, but at the same time, I was grateful that the laborers had left, taking their constant mess with them, and I had subsequently cleaned the house until it sparkled. My biggest concern was that this unfortunate unforeseen development would destroy my laundry and my new pipes.

Seeing him as the lesser of the two evils, I let him into my house and led him to the kitchen and each bathroom in turn, so that we could inspect whether rust was coming out of any of the faucets throughout the apartment. It seemed somewhat contrived to me, but when we reached my bedroom and bathroom on the attic level, I was certain that he was up to no good.

“You go back down to the kitchen and turn the water on and off,” he instructed me.

I hurried downstairs and dialed my husband again. Baruch Hashem this time he answered right away.

“I think we’re being robbed!” I breathed, filling him in briefly. “What do I do now?”

He had me summon the water man/robber to the phone.

“My husband is on the phone and he wants to speak to you!” I shouted.

The ganif rushed down the stairs and took the proffered receiver from my hand.

“No problem,” he assured my husband. “I can come back later today. Or my partner Roni can come.”

With that, he handed back the phone, bid me good-bye and took his leave.

I raced up two flights of stairs and into my bedroom. Sure enough, the three or four hundred dollar bills in maaser money that our married daughter had left us, earmarked for a specific tzedaka, were gone!

Next I zoomed down the stairs and out my front door. The “water man” was just outside my building, totally oblivious to the brewing storm.

“That man just stole all my tzedaka money!” I thundered, pointing an accusing finger at the perpetrator, like a modern day Esther Hamalka. The men outside, most of them Arab workers still dealing with odds-and-ends jobs on our street, showed little interest in my tirade.

But, the “water man” apparently heard my accusation loud and clear. He immediately began running down my street, darting into and out of private entrances up and down the block, like a mouse trapped in an unfamiliar maze. He ultimately reached the end of the block… and freedom.

A neighbor loaned me a cell phone, and I quickly dialed the police department, furnishing whatever descriptive information I could.

While we were still standing outside awaiting the police, the frum young man from the gas department who had recently hooked-up our house for gas service, pulled up in his small truck.

“What’s going on?” he inquired anxiously. “And who is that suspicious-looking character I just saw tearing down the main road, clutching his over-sized pockets?”

The police arrived moments later, took a report, checked the scene of the crime, and left to scour the streets in our neighborhood. Like the bumbling Inspector Clouseau of Pink Panther fame, they returned some time later, utterly baffled and empty-handed. I could not help wishing that the gasman had been assigned to my case instead.

In fact, acting on his earlier questions, I checked through my jewelry boxes with a fine-tooth comb. Sure enough, aside from the cash, two necklaces and my engagement bracelet, all decorated with small diamonds or diamond chips, were missing as well. I updated my police report, but did not honestly hold out much hope of being reunited with the money or jewelry anytime soon.

In the meantime, my husband never made it to Yerushalayim that day; he turned around and hurried back home to offer me moral support.

He also shared his own side of the story with me.

“I was in the car, about to leave,” he confessed. “But I noticed an unfamiliar guy loitering around outside our house… I stuck around for a few more minutes, but nothing happened,” he continued. “So I drove off after all… Now I am so angry at myself!” 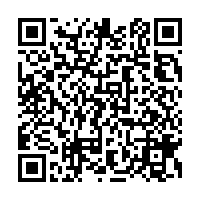