We were all students on shoe-string budgets. No luxurious living for us, but that was fine. Most of us arrived in Israel with only a backpack or single duffel bag. We were used to making do.


What we lacked in material possessions was outweighed by our idealistic quest for truth. We came to Israel for ruchniyus, for spiritual nourishment; physical comforts were irrelevant in our search for meaning.

I didn’t realize when the ship docked in Haifa in the beginning of August, that it was “bein hazmanim” and the well-known seminary for baalei-teshuva, where I had applied and been accepted, would be closed until Rosh Chodesh Elul, August 18.

I didn’t have a place to stay. Where would I go? I wandered around Jerusalem until I found a little park, opposite the main Post Office on Jaffa Street, a few minutes from the Old City. I sat on a bench, with my backpack on the ground beside me.

Just then, a familiar person walked by. I wasn’t sure that I was seeing right… but it must have been her. Long blond hair pulled back into a ponytail, it had to be the same Rikki I had once met at the Young Israel on my college campus. What was she doing in Israel?

“Rikki!” I shouted and jumped up to run towards her before she disappeared into the mass of people moving by.

“I came to check out Judaism,” I enthused openly. “And what are you doing in Jerusalem?”

“I have a job as a madricha in a seminary here. Where are you staying?”

Wow… unbelievable timing. “Well, um… actually Rikki, I don’t have a place to stay. I just arrived a few days ago. I stayed with cousins in Haifa that met me at the port when my ship arrived. I had a place to stay on Shabbos, but now I’m not sure what to do or where to go.”

“So great! Come stay with me! And you can check out classes at the sem. where I’m working!”

I’d been traveling for months, through the Soviet Union, France, Germany, Austria, Yugoslavia and Greece. I was more than ready to have a place to stop and stay.

“Rikki!! That would be so great! Thank you!”

Once I was settled in Michlelet Bruria, I couldn’t bring myself to uproot again to move to Neve when it reopened. After a week of crashing in Rikki’s apartment, she made arrangements for me to officially move into an apartment with five other new students in the beginner’s program. I applied and received a year’s scholarship for a half-day schedule, including dorm.

And so began my journey of exploration in Jerusalem! I organized a schedule of classes that included ones at Michlelet Bruria, Neve Yerushalayim, and the Israel Center. It was so refreshing to no longer be the odd-one-out, alone with my questions in a culture where no one seemed to care that we needed answers. Every encounter in Jerusalem held the promise of being a meaningful learning experience with a deep, intelligent, thinking, fascinating person. I was so grateful!

And I was amazed and thrilled to meet my roommate Carol, like I had discovered a long-lost sister. When we met, we were like two exhausted desert travelers who had discovered the same lush oasis, and now we were together, two thirsty souls drinking deeply from the same spring of sparkling, rejuvenating water. We spent many hours discussing what we were learning and resonating joyously with so many profound insights we were learning from our teachers.

Two months into the term, winter descended on Jerusalem. Our poorly heated apartment was freezing. In a short time, I was sick, feverish with the flu. Miserably curled up in my inadequate summer-weight sleeping bag, coughing away, Carol tried to comfort me by bringing me a cup of herbal tea with honey.

“Don’t worry,” Carol responded with her always soothing voice, “I’ll get you the handouts. I’ll take notes. You’ll sleep this out!”

My head hurt. My eyes ached. Carol, hoping to avoid catching the flu, opted to sleep in another room. That night I tried to relax by reading Ruchama Shain’s book All for the Boss. There was only one naked light bulb dangling from the ceiling in our barren room. The glare hurt my eyes. Peeking out of my insulated covers, I lit a candle to read by candlelight, and switched off the overhead fixture.

When I awoke the next morning, it was late and the apartment was completely quiet. My dorm-mates were already in class. I still felt very run down and the room was cold. I forced myself to get up and wash my hands.

I headed back to my room. When I entered I was startled to see a large, black, V-shape on the wall besides my pillow. The point of the V ended beside the wooden candlestick holder on the small shelf between the wall and my pillow.

“Whoa… what is this?” I thought. My hand automatically reached for the tin foil that protectively surrounded the top of the candlestick.

As I lifted it up, it crumbled in my hand… completely crumbled into gray ash.

I stared without being able to comprehend the evidence before me.

Coughing up black soot. Black streaks of smoke residue reaching up the wall towards the ceiling. The disintegrated candle stick. What had happened here?

I tried to recall. Did I fall asleep while I was reading?

Did I put out the candle last night? Obviously not.

Dozing off in a flammable sleeping bag, my long hair splayed across the pillow… images of burnt, blackened bodies assaulted my mind’s eyes. I shuddered.

If a fire had obviously started, what had dosed it?

My senses snapped clear and I had to get out of the apartment as rapidly as possible. I got dressed quickly, grabbed my notebook and fled the room that could have been my horrible, shocking coffin.

Where was everybody? I needed to see other human beings now.

I ran down the stairs from the fourth floor, dashed out of the entrance, ran towards the main building, and raced to Mrs. Pearlman’s class.

It didn’t matter that my head was pounding, that I was still feverish. I was alive! I WAS ALIVE!!!

Thank You, Hashem, again and again!! What a gruesome way to die, without even knowing, inhaling scorching smoke, burning up, being incinerated in my sleep. What had saved me from this horrific, hideous death?

Unobtrusively, I slipped into the back row of Mrs. Pearlman’s classroom, quietly, trying not to draw attention to myself. I hoped that Carol would turn and see me. She didn’t. Everyone was listening attentively to Mrs. Pearlman’s words.

It was Parshas Vayera. “… Rashi says that the Shechinah visits a sick person. It was three days after his bris milah, and Avraham Avinu was sitting in the entrance of his tent, conversing with G-d.

“Rashi says the Presence of Hashem, the Shechinah, that comes to visit the ill, came to Avraham Avinu, who had just had an operation, so he was considered a sick person.”

I heard my teacher’s words, and realized with astonishment that a tragic fire had apparently been prevented, miraculously.

I was saved by the Shechinah. 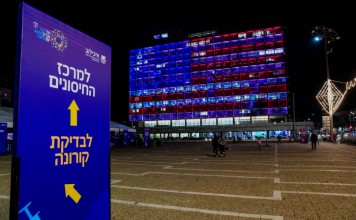 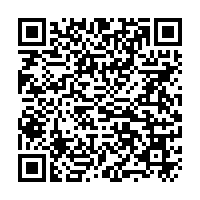