It is said that giving charity can save one from death. We also believe that there is no such thing as a “coincidence.”

Many years ago, while living in New York, I was rushing home from work a few hours before Yom Kippur, as there were several things I had to do before the holiday started. My brother and his wife were staying over, and I had to heat the food we were going to eat before the fast. But first…
My parents had a tradition of going to shul and putting money in the charity plates that were put out one day a year, before the start of Yom Kippur.


Every Friday, before lighting Sabbath candles, I put loose change in my charity box. I now brought that money with me to put in the plates. Before going home, I rushed to shul to give the charity. Every minute counted, and as soon as I finished I left the building.

I saw the same delivery truck that I saw when I entered the building. There was just a narrow street I had to cross, and then I would be home to do some last minute chores. I looked to see if there were any cars coming, and seeing none I dashed across the street. I guess that I was in such a rush that I did not pay attention to the long skid that trailed in back of the truck, enabling the driver to slide the merchandise out. I ran across the skid, thinking I was running on solid ground. But I soon realized that I was being hurled across the street. Landing on my feet somewhere in the gutter, I looked to my left. To my horror I saw a car headed in my direction. I kept running and found myself on the sidewalk – out of harm’s way and close to my apartment building. Out of breath and somewhat in shock, I realized that a car had almost hit me. What had happened had not yet sunk in.

I stood on the sidewalk not moving, trying to make sense out of what had just happened. Suddenly I noticed that a car had pulled over close to where I stood. It was the driver of the car that had narrowly missed hitting me. The driver asked me how I knew his brakes were working so well. He obviously thought I deliberately tried to outrace him. While I remember his question very well, I don’t remember my answer. The only answer I can think of is that giving charity can save one from death, and that giving it before my near accident – right before the Day of Atonement – was no mere coincidence. 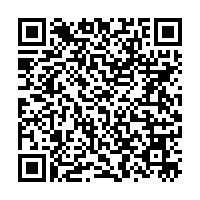