I heard this amazing true story from Rabbi Yitzchak Fanger who heard it from Rabbi Yosef Levi.* Rabbi Levi regularly visits Jewish prisoners in Eretz Yisrael to uplift their spirits and strengthen their character so that they will come out of prison as better, morally stronger people than they were before. He does this by teaching them Torah values and thereby inculcating in them honesty, goodness, kindness, and self-control.

The inmates appreciate his visits tremendously because they know deep inside that what he is sharing with them is the truth, and that if they internalize and live by what they learn and gain from him, once they are released, they’ll never come back. They know this wretched period of their lives will be just a memory and a distant stepping stone to a totally different, infinitely better life.


One day when Rabbi Levi came to one of the prisons, he saw a new face. Unlike the other prisoners, this man was clearly religious – very religious. Except, of course, that he must have done something very “unreligious” to end up in jail. Naturally, Rabbi Levi approached him and asked him why he was imprisoned. The prisoner, Yaacov*, told him the following story.

Yaacov was driving his car one day, about to get on an inter-city highway, when he saw two young men on the side of the road hitching a ride. As there was no one else in the car with Yaacov, this was a good opportunity to do a chesed, an act of kindness, so he stopped and picked up the two hitchhikers. They had a suitcase with them, and after asking Yaacov’s permission they put it in the trunk. Then they opened the car door and got in, thanking and thanking Yaacov as they closed the door. Happy about this unexpected mitzvah, Yaacov continued driving.

They hadn’t gone far when suddenly they heard loud sirens. The sound was getting louder and louder. Within moments they were surrounded by several police cars and Yaacov was sternly motioned by the policemen to pull over to the side of the road. Yaacov was perplexed, as he was sure he hadn’t passed the speed limit or done anything else illegal. As soon as he pulled over, his car was surrounded. While one policeman guarded Yaacov and the two young men to make sure they couldn’t escape, the others searched the car, looking on, in, and under every part of it until suddenly a loud shout was heard from the policeman outside the car who had gone to check the trunk: “I found it!”

Yaacov was in shock. The two passengers tried to look innocent and surprised by the happenings, but very quickly Yaacov heard that the police had been looking for days for the people who had stolen the goods that they had just found in Yaacov’s trunk! When Yaacov heard this, he told the policemen the truth – that he didn’t know anything about all this, that he was on his way to a business appointment and when he saw the two young men whom he had never seen before, he picked them up. And when they asked to put their suitcase in his trunk, he didn’t think twice, assuming that like most suitcases it contained their clothes and other personal belongings.

“That’s what they all say,” said the officer who at this point was interrogating Yaacov, without taking into consideration that Yaacov might be telling the truth. “Tell it to the judge!” the officer yelled angrily, and with that Yaacov and his passengers were pushed out of the car, put into two separate police cars, and taken in for interrogation.

Yaacov hired a lawyer, but to his shock, and the shock of everyone who knew him, Yaacov was found guilty and received a one-year jail sentence for being an accomplice to the robbery. Yaacov was a fine man who had never been in trouble with the law, or even with his neighbors, and the idea of spending a year in prison was overwhelming. Actually, it would be for anyone, but perhaps for him in particular since he was a refined, religious Jew who always tried to do the right thing, to live according to the Torah and to do Hashem’s will. And here he was about to spend a year of his life with hardened criminals, away from his family, his community, his shul, his normal, good, daily life.

Everyone was astounded when they heard what had happened to him. How could it be that such a good person did a chesed, a good deed, and as a result was going to spend a year of his life in prison? Yaacov was not only astounded; he simply couldn’t accept that this would be his new reality for the next 12 months. So he came up with a plan.

He decided that he would feign a heart attack and as a result would be rushed off to the hospital. Being in a hospital was certainly better than being in prison. It seemed like an excellent plan which would lead to his eventually being sent home to recuperate and afterwards probably being ordered to do some community service or, in some way other than imprisonment, to pay his “debt” to society.

And so it was that when the day came and he was being ushered into the prison, he suddenly groaned and fell forward, grabbing his chest and making terrible faces and sounds of pain. Then he fell to the ground, moaning as best as he could, and collapsed into feigned unconsciousness.

His plan worked perfectly: An ambulance was called and he was rushed to the nearest hospital emergency room. There he was thoroughly examined, tests were administered, and it was found that the main artery to his heart was almost completely blocked! He was rushed into the operating room, quickly anaesthetized and operated on. When he came out, the doctors told him that his heart was in such horrible condition that had he arrived at the hospital the next day – or even just a few hours later – he wouldn’t have survived.

* not their real names 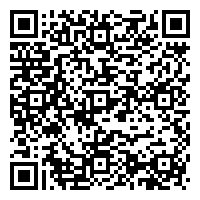