It is no secret that our shul members are incredible ba’alei chesed, routinely preparing meals for new mothers and aveilim (mourners), baking for the infirm, and regularly volunteering for various chesed organizations in our community.

That is why none of the congregants bats an eyelid when, one Rosh Hashana morning, the Queen of Chesed (a.k.a. our community’s resident Hatzalah dispatcher) rushes out of shul when her cell phone rings just as my husband, the shul rav, begins his pre-shofar blowing drasha.

I take a moment to quip to my seatmate, “Oops! I guess my husband didn’t think it necessary to ask everyone to shut their cell phones on Rosh Hashana!”

Then my husband resumes speaking. And again he is unceremoniously interrupted by the very same shrill ringing phone.

Next there is a bit of a disturbance on the men’s side of the mechitzah, after which the shofar blowing and davening continue.

The only other hint that all is not business as usual occurs at the very end of davening, when there is a brief announcement: “We will be blowing an extra 30 kolos today,” followed by an additional set of shofar blasts. Then everyone wishes each other a good Yom Tov and a Shana Tova, and shuffles out of shul to consume yet another festive Yom Tov meal.

It is only on the walk back home that the mystery of the 30 surplus shofar blasts is belatedly solved. “One of the Hatzalah members in the shul had to run out in middle of davening,” my husband shares, explaining that as a result the man missed some of the tekios.

After midnight on Motzaei Shabbos following the marathon three-day Yom Tov, our youngest daughter calls distraught upon returning to her dorm in Yerushalayim. “Did you hear?” she tearfully asks my husband without preamble. “Our good friends on the block were rushed to the hospital on Yom Tov, suffering from carbon monoxide poisoning!”

Of course we are already aware of the horrifying tale, but we have been missing this crucial piece of the puzzle. The heretofore anonymous family turns out to be none other than our closest friends on our block (which is a half-hour walk from shul, where we were when the events transpired). We are shaken and teary-eyed all over again.

I speak to my friend the following day, and Baruch Hashem she confirms that they are all on the mend and out of danger. It seems that she had left the oven on, thinking that it would be automatically shut off by the built-in safety feature. But the oven remained on, and they had unfortunately neglected to leave a window open for ventilation. In middle of the night, the detector sounded and they rushed to open the windows, but sadly considerable damage had already been done. In the end, they wisely opted to call Hatzalah.

With undisguised emotion, I fill her in on the events that had transpired in our shul that fateful morning, adding the lighter observation, “By the way, please make sure you ask my husband mechilah for interrupting his speech… twice!” We both manage a somewhat nervous giggle, but the very sober and painful lesson has been indelibly imprinted on all of us: Definitely install a life-saving carbon monoxide detector, and always be sure there is adequate ventilation when leaving even a lone burner lit over Yom Tov.

We conclude our conversation by wishing each other a heartfelt “G’mar chasima tova” and hopefully considerably less drama during the remainder of the new year. 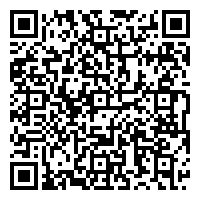