In the early 1900s many Jews left Russia, but before making aliyah to Israel, they spent a decade or two in Egypt. My mother’s family was among them and she was born in Alexandria in 1924. It took my mother, a”h, many tries before I understood, explaining to me why she wasn’t Sephardic even though she was born in Egypt and had dark hair and olive skin. When my mother was nine years old, her family moved to Tel Aviv.

From the ages of 2-4 years old, she would tell me, she was very sick and had typhus, meningitis and other illnesses that threatened her young life. She became so ill that the doctors had put her in an area designated for terminally ill patients. The story goes (as she heard it from my grandmother, a”h) that the king’s doctor (the king at the time would have been King Faud I) was visiting the hospital. He saw my mother and asked what was wrong with her. The attending physician told him and he examined my mother. After concluding the examination, he stood up and slapped the attending doctor on the face. “You idiot,” he told him. “You’re treating her for the wrong thing.” The treatment for my mother was quickly amended and she survived, baruch Hashem.


A few years later, the doctor ran into my grandmother walking with my mother. “Ah, I see you had another daughter,” he said to her. “No, my grandmother answered, this is the same girl you put to die in the terminal ward.”

My mother often recounted this story because of the incredible hashgacha pratit. If the king’s physician hadn’t visited the hospital when he did neither my mother nor I, for that matter, would have lived to tell the tale. He was both the king’s and the King’s emissary.

When she was pregnant with me, the doctors discovered a cyst on her brain. The cyst was removed and again baruch Hashem, she survived. This time the doctors chalked up the early detection and intervention to the fact that she was pregnant. Of course it was another case of hashgacha pratit.

During the brain surgery, they severed my mother’s visual and olfactory nerve. She was able to see but was near-sighted in a way that glasses couldn’t help her and she lost her sense of smell. Oddly, although she often asked for my help in seeing and smelling things, she never complained about it. She made adjustments like never changing her cologne. Maybe because she realized that the trade-off was the gift of life.

My mother died at 57, when I was almost 21 years old. Everyone at the shiva talked about how young she was to die and she was. But I also knew that she had been regifted life on more than one occasion and so she had actually lived to a ripe old age. 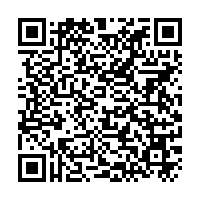