Year in and year out, Rav Bentzion Felman, zt”l, of Bnei Brak, would set out for a few days’ summer retreat over the bein haz’manim period. It was a wonderful opportunity for the rav to recharge and refresh, and to immerse himself in his learning for hours, undisturbed, in the calmer setting of a relaxed, slower-paced, grassy moshav.

Whenever he traveled, he carried in his hand his most precious belongings – his tallis and tefillin. So dear were they to the rav that he never allowed these items to be packed into his suitcase. Once, one of those accompanying him offered to relieve him of his tallis bag, but he refused, saying, “Would someone who is carrying expensive diamonds allow someone else to hold his parcel for him?! These articles, used for a mitzvah daily, are just as precious to me!” He insisted on carrying the bag on his own.

The summer of 1997 was no different. Rav Felman, along with a select group, set out for a moshav in the vicinity of Yerushalayim. Arriving at the cottage where the rav was to stay, they were surprised to notice that there was not even a single mezuzah in the entire home! They discovered that the owner had just completed renovations on the cottage, and in the process, all the mezuzos had been removed. Some of them were old and not in the best condition, and the owner planned to replace them with new ones. In fact, he had already ordered them, but they were not yet ready.

In Eretz Yisrael, it is customary not to remain in a house without a mezuzah for even one day. This placed the rav in a quandary. What were they to do? The rav seriously considered returning home. His companions were not exactly thrilled. They had been looking forward to a bit of relaxation too, and had gone to some trouble to get there.

“Perhaps there is a mezuzah gemach in the area?” one of them posed.

“What are the chances?” another responded.

“Who says a gemach would have enough mezuzos to lend right now?” someone else remarked.

The members of the group stood around in earnest discussion, deciding on their next move. In the meantime, Rav Felman entered the local beis midrash. Before sitting down with his sefer, the rav noticed a young man already seated in the shul. He went over and told him of their mezuzah dilemma and asked if he happened to know if there was any way for them to obtain mezuzos for the week.

“Unbelievable!” the young man exclaimed. “I happen to have a couple of mezuzos on me right now! I bought them today, but I only need them in two weeks. I’ll be more than happy to lend them to you.”

Rav Felman shared the amazing hashgachah with his companions, who were only too delighted that their vacation could resume as planned. They hung the mezuzos in the cottage on the condition that they were only borrowed for a short while, so they would be able to be removed and returned to their true owner after the week was over.

Thinking deeper into the incredible turn of events, at the unlikeliness of arriving at an apartment without any mezuzos and the even greater unlikeliness of finding replacements in such a bizarre way, Rav Felman resolved that he would spend his vacation time learning the halachos of mezuzah. For the duration of the week, the rav delved in the sugyas of Gemara and portions of Shulchan Aruch relating to the topic of mezuzah.

A few days passed. Everyone made the most of the relaxed and rejuvenating atmosphere.

One morning, a talmid called to speak with Rav Felman. “Please,” he said, “Daven for my daughter. She was hospitalized a few days ago and is not doing well. The doctors cannot figure out what is wrong. We still have no diagnosis.”

The rav listened. Being, as he was, immersed in the subject of mezuzah, he suggested, “Perhaps you should check your mezuzos. The Chazon Ish, zt”l, used to say that it is customary to check the mezuzos when misfortune befalls.”

“I just checked our mezuzos less than two years ago!” the talmid responded. “They were all okay. Does the rav think it is important for me to check them again?”

“Don’t ask any questions,” the rav replied. “Give them in to be checked without delay.”

The anguished father listened to his rebbe’s advice and went to a reputable sofer. To his amazement, the mezuzah that hung in the doorway of his daughter’s room was missing an entire word! The sofer who had checked it last had paid such attention to each letter that he did not focus on the complete words enough to notice the omission. The father quickly purchased a new mezuzah and secured it to the door.

That very same day, the unbelievable happened. The girl awoke fully aware of her surroundings, her faculties intact. It was as if the entire illness had never taken place.

The wonderful tidings brought great joy to the vacationers on the moshav. It was clear to Rav Felman that the “case of the missing mezuzah” had taken place simply to direct him to engross himself in these concepts so he could guide a talmid in his time of need. 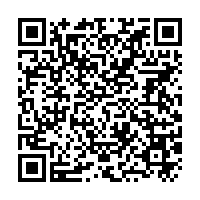