There was a young man from America who was here in Eretz Yisrael studying in yeshiva. He planned to go home for the holidays for a visit with his family. He bought his ticket, booked a flight, packed his bags, and was at the airport on time for the flight. There he waited, along with everyone else, and when it was time to go through security to board the plane, he moved with the line, carrying his belongings.

The young man’s carry-on items included some books and food, standard and totally acceptable for boarding a plane. But he also had a small oxygen tank with him because he had an unusual medical disorder which necessitated supplemental oxygen whenever he traveled by plane. He had brought it with him on the plane when he had come to Eretz Yisrael to learn, and had brought it with him in the past too when traveling to and from Eretz Yisrael. He had never had a problem before. If there were ever any questions regarding the oxygen “balloon,” he always answered to the satisfaction of the airline staff and was always allowed to board with no further problems.


But this time was different. This time, after waiting with everyone to go through security, he was stopped and questioned about the oxygen balloon. He explained why he had to have it with him and showed a letter from a physician which explained in exact medical terminology why he needed the oxygen on the flight. The security person who stopped him was not satisfied with the young man’s explanation and told him that he would not be allowed to board with the oxygen tank.

The young man was shocked, but he calmed himself down quickly, reassuring himself that he had flown so many times with the tank – and even on this very airline – that surely everything would work out and eventually they’d let him on the plane.

But that’s not what happened. For whatever reason, the security person who was checking him acted in an extremely tough, unsympathetic, and inflexible manner, and again and again refused the young man permission to board the flight.

It was getting late, the plane was set to take off soon, and the boy had no idea what to do. He made some phone calls, and in a relatively short time, doctors and other people of authority who knew the boy and his medical condition arrived to help him out with his unexpected problem. They spoke to the security agent, showed him medical documents, and explained that the oxygen balloon posed absolutely no risk to anyone and at the same time was of vital importance to the young man.

They spoke kindly, authoritatively, and with medical knowledge and expertise – but surprisingly, nothing helped. Perhaps I should mention that this was a fine boy who didn’t look or sound in any way suspicious. He was just a regular American yeshiva boy who had come to Eretz Yisrael to learn Torah, and was going back home to spend time with his family for the chagim. Except for the oxygen balloon, there was nothing in the least bit irregular about him or what he had with him.

However, though logically everything was in the boy’s favor, nothing that he or anyone else said made the slightest impression on the security agent. The people who came to help him asked to speak to someone else, which they did, but again, nothing helped. There was something absurd about the whole thing because the young man had flown so many times with the balloon with no problems. There was no possibility of his boarding the plane without it.

Before long takeoff time came and the plane took off without the young man on board. The situation made no sense.

Or so it seemed.

What options did the boy have now? Perhaps another airline would let him on. But he had already paid for his ticket on this flight and…. “Ow!” Suddenly the boy felt a pain in his stomach. Maybe tension from all he had just gone through, the stress, the frustration… Again, “Ow!” Now the stabs of pain were coming closer and closer, one right after the other until it was just one long, agonizing pain. The pain was unbearable, and the young man doubled over, clutching his stomach, his breathing labored because of the intensity of the pain. It was soon clear that he needed an ambulance.

An ambulance was summoned and within minutes the young man was on a stretcher, accompanied by one of the people who had come to the airport

to help him. A medic checked him and tried to alleviate the pain to no avail, and before long he was in the emergency room of the nearest hospital.

Because of his acute situation he was seen immediately, and it was quickly determined that his appendix had burst and his whole body was being

poisoned. He was rushed into the operating room and underwent eight hours of surgery. When he came out of surgery and eventually from the sedation, he was

told that it had been successful and that he would be fine b’ezrat Hashem. He was also told by the doctor, who by then had heard the story of the missed plane,

that if he had boarded the plane, he never would have survived the long flight.

And everyone who thought it was so weird and terrible that the boy had missed his flight now knew that Hashem in His kindness and compassion had arranged for exactly that to happen – in order to save his life!

So whatever happens, know that it’s all from Hashem and it’s all good! We don’t always see the “reasons” as quickly and clearly as in this story because our lives are so amazingly complex, but even then, we should trust in Hashem and remember that He is behind everything.

Naomi Brudner’s new musical discs for kiruv and chizuk for children and their families, You Are Wonderful! and Something Wonderful! will soon be in stores and also available online for downloading. 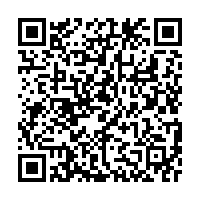