We were long overdue to spend a Shabbat with our daughter Shani and her family. Shani and Aviad live on a yishuv on the eastern side of Gush Etzion, over-looking the Judean desert. With two-year-old triplet boys and a four-year-old daughter, the family finds it easier for my husband and me to join them on their yishuv for Shabbat than to pack the children and all their supplies into their car and come to us in Jerusalem.

We made and subsequently had to cancel our plans to spend Shabbat together three times. I told my daughter not to tell her children we were coming until she knew for sure that we would be there. This past Erev Shabbat, we finally packed our bags and were on our way. We had a wonderful Friday night, with the triplets and their sister dancing and banging the table to accompany our Shabbat zemirot.

The next morning, my husband and Aviad, plus our granddaughter, went ahead to shul. Shani and I got the triplets ready in their matching Shabbat shirts. We took along little riding toys for each of them. This would get them to shul without much fuss and little need to carry them.
Shani told me I was in for a treat: That Shabbat, Shani and Aviad were in charge of the children’s minyan and d’var Torah. We went to the building which housed a small children’s library. I loved watching as my grandchildren started setting up the room. They dragged over benches and chairs and took out the children’s siddurim. There was a big crowd of children and some of their parents. When it was over, they all gathered outside the library, where Aviad and Shani and their kids distributed Shabbat treats to all.

My husband was still in shul. The davening was soon over and he came outside to find us. He had not known about the children’s minyan that day. When he didn’t see us, he figured we must have already headed home. He followed the path from the shul to their caravan. When he arrived there, he was alone. He thought he would just sit and wait for us to show up.

Meanwhile, we started to gather the kids together. Where was little Yair? We searched the area and asked others if they had seen him. No one had seen him go off on his own. I noticed that one of the riding toys, known in Israel as a “bimba,” was missing. I told Shani I would run on ahead and no doubt catch up to him as he headed home. Meanwhile, they would continue looking around.

While this was going on, my husband had no idea that one of the triplets was missing. After waiting for us for a while, he decided to go out and join us, figuring he would find us in a park near the shul. As he began walking back up the path to the shul, he heard the sound of a riding toy being driven at a fast clip. He does not know what made him look back and to the right, but thankfully he did. From a distance, he saw a little boy with white-blond hair, barreling along and getting further away from the shul. My husband did not see any parents in the vicinity, and the child looked too young to be riding off on his own. He quickly reversed direction and tried to catch up with the runaway bimba and child.

The path led to an open area. At the end of the path, the child was now on the road which led further downhill. The bimba picked up speed as it traveled along. My husband started to chase after the little boy – whom he soon realized was indeed our grandson. Yair was now on the road, with a car coming along from the other direction. Baruch Hashem my husband caught up to Yair in time, and started to bring him and his bimba back to the caravan.

In the meantime, I had reached home and did not find Yair. I was just about to run out to find Shani and Aviad and tell them that I had not found him when Aviad came running up to me and thrust the children at me. He was off to search further. Shani was looking for Yair on the other side of the yishuv. I suddenly heard my husband’s voice and the sound of a bimba’s wheels. He quickly told me his story, and I headed out to find my daughter. Baruch Hashem, I was able to tell her that her little one was safely home.

Thinking over this experience later, we understood why we had to delay our Shabbat visit. We had to be there with them this particular Shabbat. When my husband had come home by himself from shul and didn’t find us, he could have continued to sit on the couch and wait for us, but he didn’t. He could have ignored the sounds of a child zooming along, going in the other direction, but for some reason, he felt compelled to check it out.

In addition, my husband was granted the energy he needed to be able to chase after Yair as our little grandson and his bimba kept picking up speed. My husband, in a sense, was the hero of the story, but we all understood that it was Yad Hashem (the Hand of Hashem) which had guided him along. 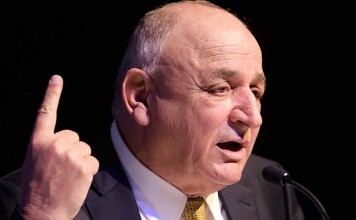 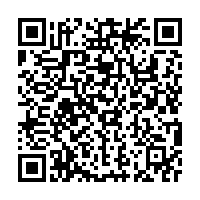