In shiur I sit next to Akiva Hoffman, a 69-year-old gentleman who lives in theRamat Shilo neighborhood of Ramat Beit Shemesh. He’s a sabra through and through and a survivor of many harrowing battles while he served in the IDF during three wars. Today he sits and learns for the entire morning. One day he gave me an amazing lesson of the power of limud haTorah, as he told me about the siyum he made on Shas mishnayos during the Yom Kippur War.

Soon after the war began in 1973, Akiva was sent with his artillery unit to Ramat HaGolan and later to the Sinai Desert. He did not expect the war to end quickly, and knew that there is much downtime during wars, so he brought with him a volume of the Kehati mishnayos.

The war progressed, and in between skirmishes Akiva learned mishnayos. He soon finished the sefer he had brought with him. Throughout the war, Akiva had several brief furloughs home, and each time exchanged whichever mishnayos volume he had finished for the next in the series.

In his unit was a non-frum soldier named Chadad who often observed Akiva learning. One day he asked him what he was doing. Akiva described the mishnayos and the quantity of material that he had left to finish Shas. The soldier told him, “The day you finish mishnayos the war will be over and we’ll get to go home.”

Akiva chuckled at the remark and went back to his learning. International negotiations chaired by U.S. Secretary of State Henry Kissinger finally led to a ceasefire. Israeli troops in the Sinai Desert began to withdraw according to the rules of the agreement.

As the spring of 1974 progressed, Akiva’s unit had not yet been called to go home. So on the Friday afternoon of Parshas Zachor, Chadad said to Akiva, “I want to go home already, how close are you to finishing?”

“I’m almost at the end, but I have guard duty tonight, so I can’t finish!”

“I’ll take your guard duty,” the soldier replied. “We need you to finish!”

Akiva eagerly went back to his mishnayos. He finished Shas mishnayos that Shabbos, and made a siyum during seudah shlishit.

Sunday morning Akiva was shaken awake by the other soldier – “Akiva, we got the message – they’re sending us home!”

I shared Akiva’s story at a siyum my son and I made on mishnayos Seder Kodshim, on the second Shabbos of this summer’s war with Hamas. We had contemplated what would happen if there would be a siren during the siyum. Baruch Hashem there was none.

At the siyum I talked about the protection that our learning gives us, and the hope that the mishnayos that we learned would accompany the IDF soldiers into battle.

One of the most powerful images of the war was a moving video of a siyum on Maseches Taanis made by a soldier before going into battle. The video is dark as it was shot at night, with only a single light illuminating the final words of the Gemara and the hadran for the soldier. But as soon as he finished reading it, his comrades began dancing and the video erupted into bursts of light of camera flashes.

Those soldiers were accompanied by the light of Torah into battle. The Torah cites the words said by the special kohen who would accompany soldiers going into battle – “For Hashem, Your G-d is the One Who goes with you, to fight for you with your enemies, to save you” (Devarim 20:4).

The mishnah in Sotah explains his words: “The enemy fights with the might of flesh and blood, while we fight with the might of Hashem.” It concludes by saying that the Aron containing the Luchos and the Name of Hashem accompanied us into battle. The Shechinah rested on it.

Life After Death: Where To From Here – Soul Talk [audio] 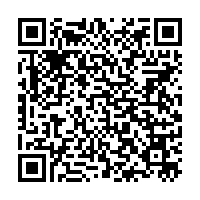