I was sitting at my desk as usual, one morning, my eyes glued to the computer screen, when I suddenly felt the presence of someone standing behind me. I swiveled around in my seat and was surprised to make eye contact with my boss.

“David,” he said, “I need to speak with you about something important.” He pulled over a chair and sat down. With a deep sigh, he explained, “It’s the business. It took a downward turn… in another few weeks, the entire company will go over to the bank. My advice is that you begin looking for another job as soon as you can.”

My boss stood up to leave, a pained look on his face. I was frozen in shock.

I was at this position for a number of years now. It was the perfect one for me, using a combination of my skills and strengths in a wonderful work environment. I was earning a substantial salary with which I was able to provide for my family comfortably. This warning caught me completely unawares.

I did what I had to do. I began the job hunt. Everyone I met heard about my predicament. I scanned the classifieds and forwarded my resume. Still, the perfect job did not turn up. By now, the business I had worked for closed down, just as I had been forewarned, and I was literally left with nothing to fill my days.

During this stressful period, I was hit with an even more painful situation. One day, I received a phone call that my father had suddenly passed away.

After the shivah, my siblings and I realized that our mother was just not getting back to herself. Typically a happy, energetic personality, she was despondent and dispirited; her ever-present smile gone. She stopped going to work and hardly left the house. Time was passing, and her mood showed no signs of improvement.

My siblings and I discussed the topic and decided that we were simply not allowed to leave her alone like this. As a large family, we split the time among all of us so that our mother would never be left lonely.

It was a big job, we soon discovered, to arrange the shifts. Someone needed to chart out who would be going when and then keep on top of it with reminder phone calls and the like to ensure it ran smoothly.

As long as I did not yet have a real job, I offered to undertake the responsibility.

Night shifts, morning shifts, afternoon shifts. I made sure no one left before the next person turned up. It wasn’t easy. Often, it happened that family members needed to back out of their turns and I needed to find last-minute replacements. Usually, I ended up going myself to fill in and spend the time with my mother.

Finding appropriate company for Shabbos was a challenge of its own. No longer a youngster, my mother did not enjoy coming to our homes and she did not appreciate large families with many children coming to hers. That left the few married grandchildren and those who were able to make arrangements to leave behind their children to take the responsibility.

Before long, I realized that I was completely on my own. My siblings valued my efforts, but began to take them for granted. I was expected to handle the situation completely by myself, without anyone to cover for me. And it was taking up a lot of my time. The fact that I was jobless, with no income whatsoever, added to my stress.

The only thing that kept me going was the pleasure my mother displayed at the constant coming and going.

For three years, I continued this work. But I was getting desperate. Without a choice, I called my oldest brother and told him that as much as I wanted to continue doing it, I simply couldn’t go on without an income.

My brother got back to me just one day later. “David,” he said. “I’ve discussed this with the rest of the family. We really need you to continue taking charge. We are ready to put together pay for you on a steady basis…”

Thus continued my position as full-time care director for my mother. It lasted another three years, at which point, my mother passed away.

After the shivah, I felt a double emptiness. My mother was no longer here and I no longer had work.

“Ribbono Shel Olam,” I sobbed bitterly, “You are the Ultimate Benefactor! Please, help me find a suitable parnassah!”

With renewed hope, I wiped away the tears and decided to put myself into my job search more seriously. I set a stack of newspapers before me and began flipping through the classifieds sections. Only one position seemed like a feasible option for me. I immediately took out my old resume and faxed it to the company.

To my delight, I was actually called down for an interview!

My optimism waned when I heard the details of the position. It did not seem like a fit for me at all. In a matter-of-fact way, I explained to the boss that I did not think it would work out and stood up to leave.

“One minute,” the boss said. “I have a question for you. I noticed that on your resume, the last date of work seems to have been six years ago. What have you been doing since then?”

I explained to him how busy I had been managing my mother’s care. “It didn’t leave me with enough time or energy to invest in a regular hired position.”

The boss’s interest was piqued. He was especially impressed to hear that I had personally filled in as a backup whenever others could not keep their promised slots and that in all those years, my mother had not been left alone for even one minute!

“Please sit down again,” the boss requested. “Though the ad we publicized was for the position we discussed before, we actually have another opening besides.” He went on to describe a senior managerial position that would be available shortly.

I was flabbergasted and could barely get the words out. “But… if I am just starting out, just learning the business, how can I possibly begin to manage it…?”

“Don’t worry!” the boss responded with a smile. “Leave that to me! The main criteria for the job is the personality, the devotion, the ability to get it done. You have that! I will make sure you’re properly trained.”

The boss told me to come in the very next day and offered a commensurate salary for the training period, with great opportunity for growth in just a short time.

When I arrived for training the following morning, the boss sat me down near the manager whose position I was due to take over so he could begin to teach me.

“Tell me,” the manager said. “The boss has been looking to hire a replacement for quite a while now. It isn’t easy to find someone in this field with all the qualifications… This is a real senior position in the business. How many years of experience have you got?”

I blushed, but did not have to think hard. “Six years.” I responded. 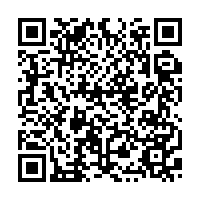