“I need your help,” Rabbi Brecher* told his son, Shlomo.

It was merely a few days before the wedding of the youngest Brecher girl. The final preparations, which should have been a source of excitement and joy, were marred by the tightening tension: from where to take the funds?

“I urgently need 40,000 shekels by tomorrow,” Rabbi Brecher said. “The bank is on my back.” Much as he hated burdening his son, Rabbi Brecher was simply at a loss.

Fundraising was not one of Shlomo’s strong points. A ben Torah who spent his days in kollel, Shlomo had few dealings with the business world. He hardly had a handle on his own young growing family’s finances.

But he was a devoted son and he felt his father’s pain. If Abba had the courage to bypass his introverted nature and ask for my help, I simply cannot disappoint him, he thought.

Shlomo promptly looked up the phone numbers of some of his friends who had connections. A few phone calls later, he still had no idea how he could possibly come up with such a sum so quickly.

He scrolled through his contacts again. Dead ends.

Replacing his cell phone in his pocket, Shlomo plucked his sefer Chovos Halevavos from his sefarim shelf and set off for the Kosel.

I tried. I did all the physical hishtadlus I could think of. This is the only other idea I have… he thought to himself.

It was nighttime and the bright lights focused upon the age-old stones of the consecrated Wall lent a majestic feel.

Shlomo found himself a corner and began poring over Chapter 4, Sha’ar HaBitachon. He was completely immersed in the deep and profound messages it contained, hardly noticing the time slipping by.

If a person relies on human beings, Hashem will remove His hashgachah and leave the person in the hands of those whom he is depending on… If one relies on his knowledge, schemes and hishtadlus, his efforts go to waste, for they won’t help him reach his goals…

It wasn’t merely lip service. Shlomo was internalizing every word, in utter concentration.

Finally, he closed his sefer, having concluded the chapter. He felt so cleansed, so pure. Everything will work out, he thought to himself, though he could not imagine how. I don’t need to give Hashem any ideas! He is way more creative than I am!

When he saw his father’s phone number flashing the following morning, he was hesitant to pick up. Yes, he had done his hishtadlus, and something deep down told him not to worry, but he didn’t know what to tell his father.

“No –” “Rabbi Brecher cut him off. “I just wanted to tell you what happened this morning! You can’t imagine the hashgachah…

“I davened at my regular morning minyan and after Shacharis, my longtime friend, Mr. Gelb*, approached me. He told me that he ‘happens’ to have $10,000 that he doesn’t urgently need. He thought that perhaps with our chasunah coming up, I might be able to use it.

“Could you believe it?! Just like that! He came over to me! I didn’t even have to ask. And he gave me such good conditions. I could pay him back slowly over the next while. No pressures…”

Shlomo wondered if his father could detect his smile over the cellular waves. $10,000 was nearly the entire amount his father needed!

I could never have dreamt this one up, he mused.

Indeed, often, HaKadosh Baruch Hu, in His infinite greatness, nearly humors us with salvations that arrive from the most unexpected of ways. 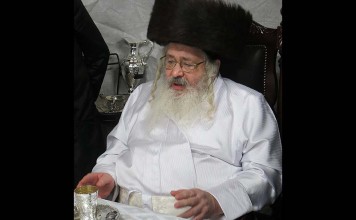