I heard the following story from the extraordinary Torah teacher, Rebbetzin Vitel Kalmanowitz whose father-in-law was the renowned and revered Rabbi Avraham Kalmanowitz, zt”l. Rabbi Kalmanowitz was a brilliant talmid chacham, Rabbi and Rosh Yeshiva who worked tirelessly to build Torah learning in Europe and later, after the Holocaust, in America. Rabbi Kalmanowitz was known world wide for his lifesaving work during, between, and after World War I and World War II as he and his Vaad Hatzolah (Rescue Committee), helped more than ten thousand yidden during that time, working tirelessly to do everything and anything possible to help every Jew they could reach, in whatever situation they were, providing them with their basic necessities for survival, and more.

Rabbi Kalmanowitz and the Vaad cared not only for those who sought their help, but they actively searched them out, and then did everything possible to rehabilitate those crushed, starved, homeless, broken survivors of the wars and the horrific Holocaust. In addition to selflessly devoting himself to saving fellow Jews in Europe, Rabbi Kalmanowitz also sought out and helped fellow Jews in Morocco, Tunisia, Egypt and Syria who desperately needed both physical and spiritual aid.

I’d like to share a true story about Rabbi Kalmanowitz, which shows what he did to save ‘just’ one person’s life:

During the years following World War I, a Jew illegally crossed the border between Poland and Russia as he fled for his life, was caught by Russian soldiers and sentenced to death. When Rabbi Kalmanowitz heard of this he made immediate arrangements to reach the person in charge in order to have the verdict rescinded. Rabbi Kalmanowitz traveled as quickly as possible to where the Jewish man was being detained. When he arrived, since he was well known and extremely respected for the lifesaving work he had done over the years, he was able to make the right contacts which enabled him to get an appointment with the Russian army general who was the one person who had the authority to change the ruling on the convicted man’s life.

To her it was the obvious, proper and polite thing to do. In her circles, it was considered simple etiquette. However, according to halacha, Jewish law, men are not allowed to shake hands with women who are not immediate family.

So here he was – a devout rabbi who had traveled far on a mission to save the life of a fellow Jew, and the wife of the only person who could change the accused man’s sentence wanted to shake his hand. According to all laws of logic, in such a scenario Rabbi Kalmanowitz’s not shaking the woman’s hand might not only keep him from achieving his goal of having the accused man released, but might even have the opposite effect. It might upset the general so much that even if there were a small chance of clemency, Rabbi Kalmanowitz’s ‘insulting’ behavior might very well ruin any chance of the convicted man ever being acquitted.

We don’t know what went through Rabbi Kalmanowitz’s mind; all we know is that as the woman stood there with her outstretched hand, Rabbi Kalmanowitz said to her with genuine respect: “I’m sorry, but according to the laws of our religion, I can’t shake your hand.” The woman was taken aback, of course. This was totally unexpected. She was an important person in her mind and didn’t know what to make of the rabbi’s words, or how to respond. Then, as she stood there bewildered, Rabbi Kalmanowitz said in a kind and caring voice: “But I want to explain to you why not.” She looked at him with wonder and curiosity and listened intently for this was obviously a person of great integrity. How could he explain away what ostensibly seemed to be insulting behavior?

And then Rabbi Kalmanowitz said to her with respect and sincerity: “According to our religion, a wife is ‘mikudeshes’ which means that you are holy to your husband and therefore no other man is allowed to touch you.” Was she the general’s wife? It wasn’t clear if she was or not, but Rabbi Kalmanowitz was being diplomatic and so expressed himself with those words.

There was silence. And then the woman nodded her head, and said she understood. And what happened? Did Rabbi Kalmanowitz’s behavior and words put an end to any hope of the Jewish prisoner being released and able to continue his life? No. On the contrary, Rabbi Kalmanowitz’s selfless honesty and respectful manner and speech impressed even those Russian gentiles. And so, the general then listened to all that Rabbi Kalmanowitz had to say as he explained and justified the Jewish prisoner’s motives and behavior, and Baruch Hashem the general decided to free the man.

What a deep and beautiful story about being true to ourselves, to our holy values, to who we really are. And when we have challenges and tests, large or small, let’s remember, and be inspired and strengthened by Rabbi Avraham Kalmanowitz, zt”l, who faithfully did what he knew was right. 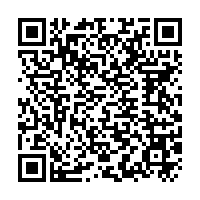